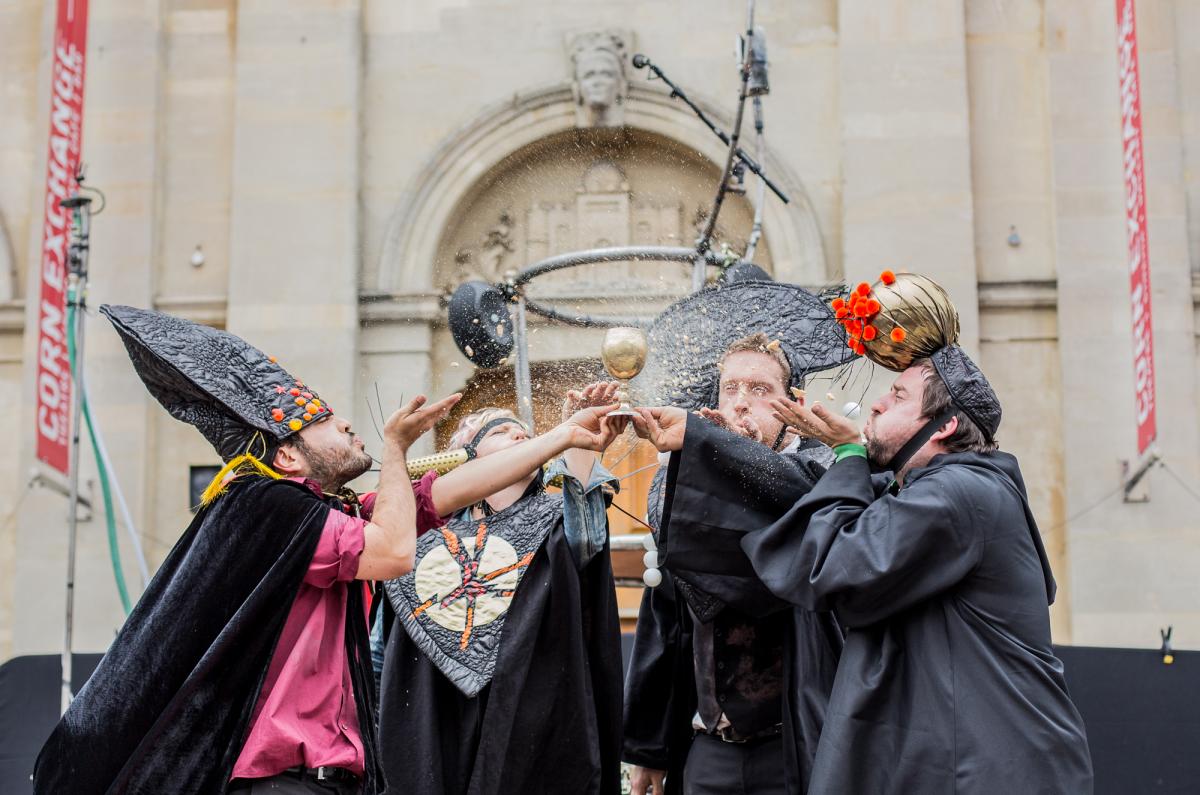 For those who like that inside brought outside vibe, Newbury’s Corn Exchange brings audiences a new, and free, outdoor spectacular just in time for a (hopefully) sunning Spring.

On Friday May 4, the Corn Exchange will present Ramshacklicious Theatre Company’s preview performance of their latest anarchic outdoor show, The Band at the End of the World in Newbury’s Market Place.

Existing within their very own miniature apocalyptic micro-climate, these clowns are convinced that the end of the world is nigh, and have made it their mission to educate the people of Newbury on what to expect when the world as we know it changes beyond all recognition. They invite you to join them on their anarchic journey to the unexpected. 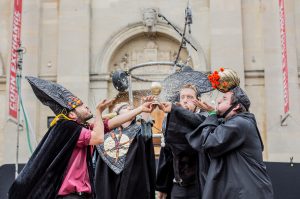 The Band at the End of the World! Credit Paul Blakemore[/caption]

Ramshacklicious present high quality outdoor work that is impressively complex in its use of multiple art forms, including contemporary clowning, physical theatre, storytelling, live music and puppetry. The company, who presented The Band at the End of the Worldin its earliest stages of development in Newbury’s Market Place in 2015, return to the town this May bank holiday weekend to preview the finished piece to local audiences.

Presented as part of the Corn Exchange’s exciting free outdoor arts programme, this preview performance, which has been developed in part at the Corn Exchange’s 101 Outdoor Arts Creation Space, is an exciting chance to see The Band at the End of the Worldperformed for the very first time before its official premiere performance this summer.

Don’t miss your chance to see thisfree, family friendly event at 7pm on Friday May 4.

For more information visit www.cornexchangenew.com or call the Box Office on 0845 5218 218.