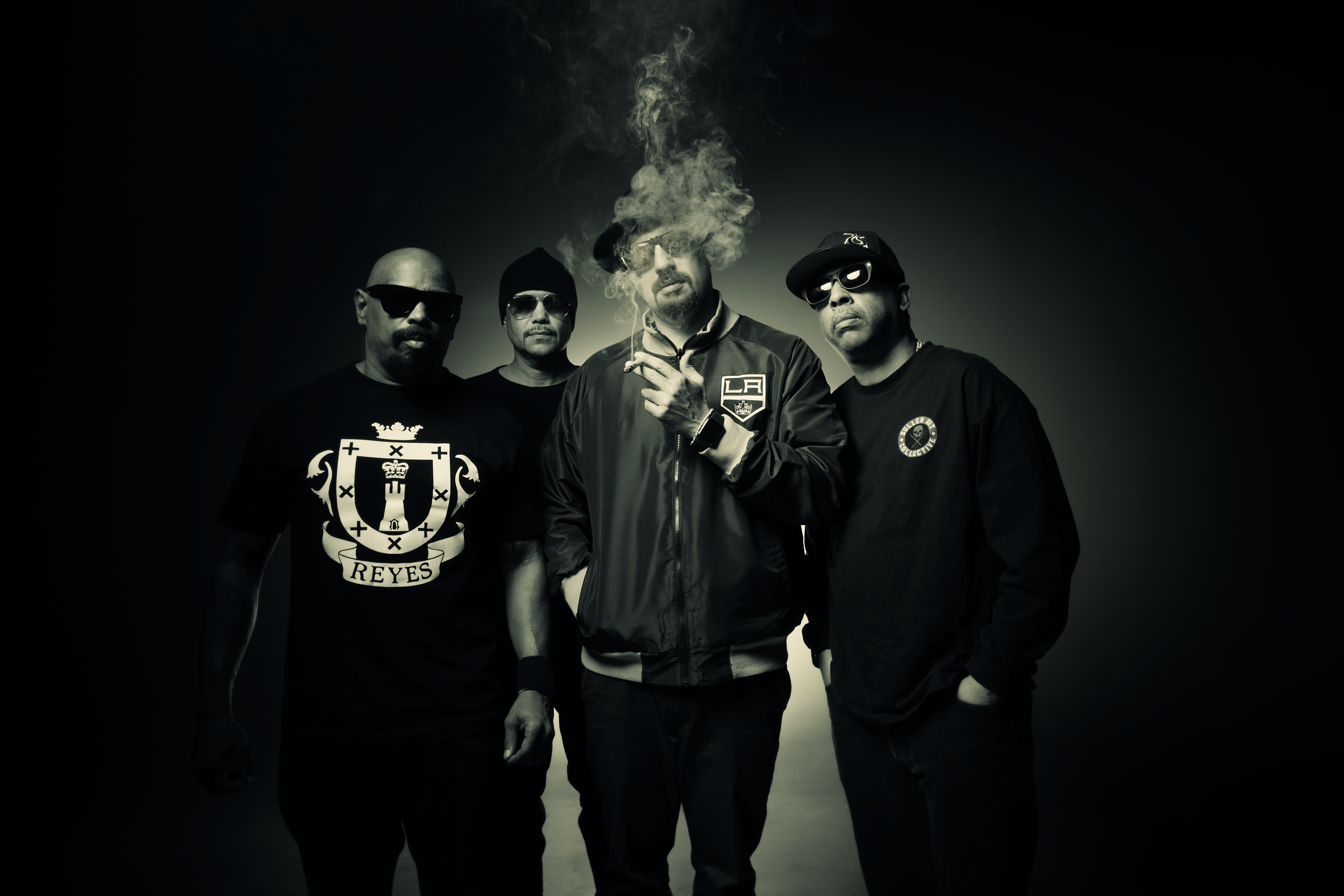 B is for Boomtown and B is the grade I got in GCSE Art. C is for Cypress Hill (who I used to listen to during Art class while studying for that B) and who are headlining this years Boomtown Fair.

In the mid 90’s at school in Art Class listening to Cypress Hill (yep, we had a very cool art teacher) little did I know that some years later I’d be interviewing them. I’ve caught up with Cypress Hill band member Sen Dog to find out it’s all really that ‘insane’.

How are you feeling about coming to the UK and performing this summer?

We’re excited about heading over to the UK this summer, we always enjoy performing and visiting over there. It has one of the greatest audiences I’ve had to perform for in my career.  Europe as a whole is all great to perform for, they have always had a very special appreciation we’ve always enjoyed the crowd there.

What can we expect from you at Boomtown?

When Cypress comes through you can always expect good times, and some jumping around. We like to have our live shows be as much of a party as people make out of it, so its right for us and we feel its right for the audience who come to see us y’know, its who we are, what we do, performing is everything.

There’s recording and there’s performing, like Lemmy from Motorhead said you’re not a real band if you don’t tour. Performing is a whole different character to recording and making a new album or song. You have to have an equal balance of both, it would be insane without that balance, I think I’d go bat shit crazy y’know.

I would say the UK nightlife, there’s always something cool to do. What I think I enjoy the most is actually the people out there, talking to folks, getting to know people, for many years now I’ve always enjoyed the open mindedness of the European people and people in the UK.  They’re a very open minded audience and they can be challenged musically and I think that’s what I really dig about the audience out there.

What are you working on at the moment?

We’ve been recording with Cypress pretty heavy for the last few years and getting to that point now where we are getting new music out which we are excited about.  I’m just actually recording a rap metal album, that ones with Powerflow with members of Bio Harzard, Fear Factory and Wost, I’m really excited about it, it’ll be cool getting a chance to hear that, it’s on new damage records, we’re all excited about that.

No movie projects right now but it sure is something I’d like to get a chance at. We’ve been concentrating really hard on music for a while now, but if the right thing comes along y’know I’d definitely like to get back in front of the camera, when it comes to movies that’s what I would do, not so much a movie score or anything like that, I’d like to get into the acting.

I’ve heard a rumour that there is pitch altered horse neigh on ‘Insane in the Brain’ is this true?

(Laughs) Yep y’know, I dunno if its true or not, we’ve been asked that before. I know there’s a good chance that that’s true because DJ Muggs always dabbles in the strangest things. At one point he had sampled like whales and dolphins and stuff for a record, so there’s a pretty good chance that yeah that’s exactly what it is.

If the band could collaborate with anyone past or present, who would it be?

Jimi Hendrix, that would’ve been cool. Respected musicians, musicians that I respect, James Brown is another one, Bob Marley.

As a band you’re very active on social media, how do you feel this benefits you as an act and music in general?

Social media, I dig it! I love it, I think its great!  It gives you a chance to y’know communicate with your fans and followers, it’s awesome, it’s a great way to promote and to network.  I wish they had it back when we started, that would have been great, I think it’s great, I think it’s really cool able to promote, it’s a really really big thing in my opinion.

What do you think the future will be for hip-hop music?

I think it’s just going to continue to expand, to grow, y’know it’s a community, Afro-American and Latino, all races have a part in hip-hop, all regions, all countries have their own hip-hop stars.  I haven’t come across a country that actually has no rappers in it, every country has rappers and hip-hop and DJ’s. I see that there’s a very bright future for hip-hop and I think we’re going to continue to come out with cutting edge artists that are going to set the trends and sell millions of records, and open the doors for the next generation of hip-hop and continue to be successful.

Do you think hip-hop is represented enough at music festivals?

When we first started, our first couple of times in Europe were not festivals they were our own tours across Europe y’know, and later on we did festivals and I saw like this is the future for us because we are serving three, four times as many people at these festivals than we are on our tours. So, for me I didn’t want to go on any more Cypress Hill tours, if we had to we had to, okay, but I’d rather go perform at these festivals along with great other artists.  So as far as that goes I think y’know we were kind of like right up there with Public Enemy with regard to festival dates. I think it’s very important in our history and our success to get to where we are here now, over the years we became a festival act because thats where the whole spectacle is y’know.

What about in the UK?

I’d like to see a bit more hip-hop at the UK festivals, the promoter people types they know what they wanna do and y’know they know Cypress is gonna bring it so that’s a no brainer.

I think it takes from experience to get to know how to perform at these festivals, its not ‘I’m going to go up there and just walk on with my mike and me and my DJ’. You have to give an actual concert so you have to get to that level y’know. Its not something that you’re born with to even start to learn how to perform at these festivals, you have to learn how to do that, it might be intimidating at first but for sure new hip-hop is always a good thing.

Do you have any special surprises in store for us at Boomtown?

There’s always a bunch of good things going on at our shows, we could maybe have one of our good friends involved but I can’t say who at this point, you’ll hear about it the closer we get to it.

Cypress Hill will be performing at Boomtown Fair this summer along with loads of other top acts including Arrested Development, Sugar Hill Gang, Ziggy Marley, AJ Tracey and Wiltshire based band The Tribe. Boomtown Fair takes place from 10th-13th August 2017, for tickets visit www.boomtownfair.co.uk

When east meets west - was the casting in Ghost in the Shell whitewashing?