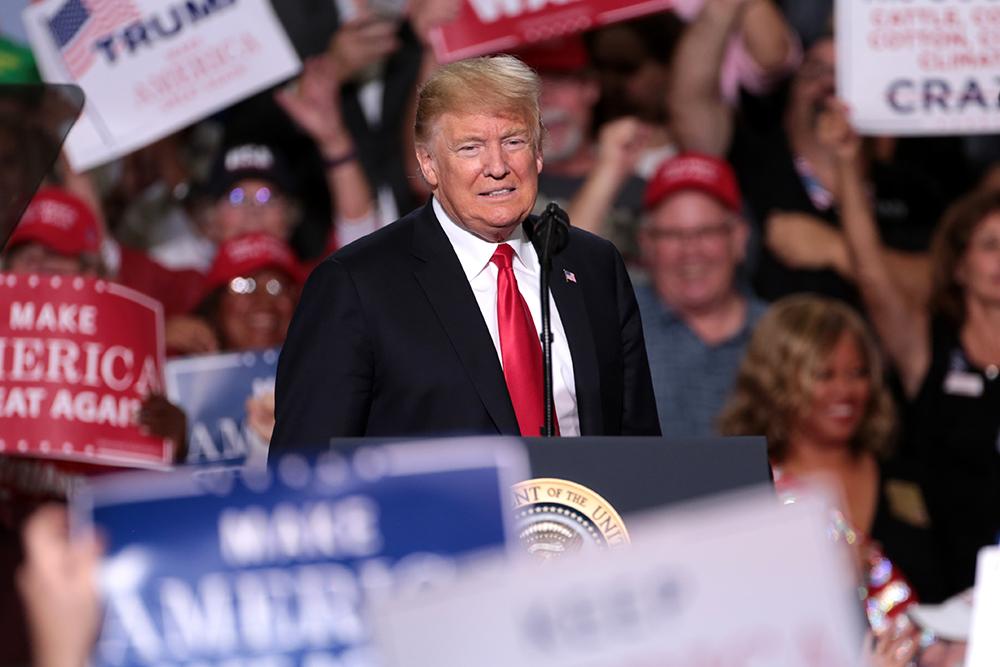 A man in America has hit out at reports that he has lost his mind after catching coronavirus and then deliberately trying to spread it as much as possible by organising for crowds of thousands to get close to him with no precautions during the middle of the biggest health crisis that has been seen in our lifetimes.

Former Home Alone 2: Lost in New York star Donald J Trump, who currently resides in Pennsylvania Avenue in Washington, was hospitalised after testing positive for the disease about ten days ago but has decided to ignore the 14 day isolation guidelines to be amongst thousands of maskless supporters at an event in Florida later.

Critic Nancy Pelosi said: “We think he’s completely batshit. Who in their right mind would act in this way? There needs to be some kind of intervention.

“Not only did he catch the disease probably by going around licking people at an event in a rose garden because he didn’t put any precautions in place but now the shitgibbon is going to try and infect as many more people as possible at a rally in Florida. What the fuck!”

Mr Trump, a former New York resident who was once on The Apprentice, has already refused to debate a rival, called Joe Biden, over Zoom later in the week having been told that a computer virus would not be as effective as physically giving someone coronavirus in person.

He said: “That Biden’s a coward. Hiding away in his bunker away from The Coronavirus. Me catching it has been a blessing as it’s not so bad and nothing to be afraid of.

“That Nancy is mad herself. If I was mad, you would know it. As I would be the best mad. The maddest mad. You would never have seen anything like it as that’s how mad I would be.”

Mr Trump, who once ran a business in Atlantic City, was last seen throwing his mask to the ground on a balcony whilst humming the theme to Baywatch to himself whilst watching his daughter Ivanka running towards him.