How to be as Generic as Fuck 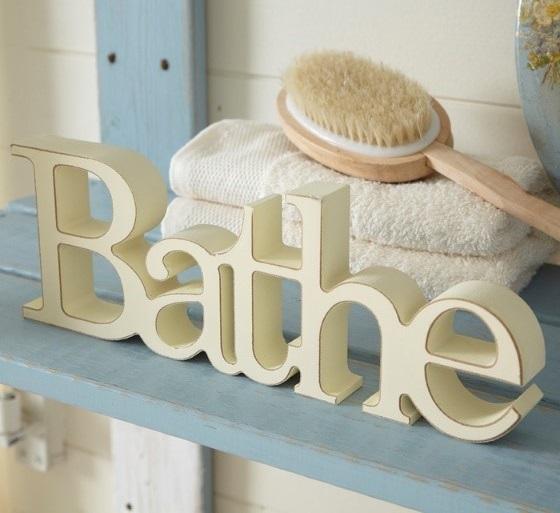 It goes without saying that fitting in is the best feeling imaginable. There’s no anxiety or paranoia having to worry if people think you’re different, or odd, or defying well-held ideals of convention and tradition. It’s a numb, somewhat disconnected feeling, like feeling part of something, but not sure entirely what it is or why you’re doing it. So to ensure your life is enriched with the warm glow only conformity can bring, ensure your home and lifestyle accommodate all of the following:

It’s a well known fact that a room will always look more classy when you have some stupid balsa wood sign giving you on-the-nose clues as to what each room’s function is; just in case you were worried a guest might take a shit in your living room or boil pasta in your bath because they couldn’t find the “Cook” sign.

Trite Quotes on a Wall

You’re probably not one for readin’ fancy books, but there’s always one quote you live by, probably because Jeff from the pub had a tattoo of it on his lily white chest or someone posted it on Facebook or something. Either way, you can’t remember who originally quoted it, if anyone quoted it at all, but it brings some affirmation of hope and sophistication to a life that mostly consists of clearing up toddler vomit and shouting at the neighbours next door to turn down their drum ‘n bass.

If you live in a house built any later than 1980, chances are it’s a glorified cupboard with very little space to swing even a heavily dissected cat. Thank God for the cluster frame, which allows you to utilise the small amount of wall space you have by condensing all those pixelated photos you printed off on a £30 printer into one messy block. Now guests can marvel at the thirty pictures of your baby without having to move their eyes around the room.

Your life’s a fucking circus anyway, so why not complete the look with some twee-as-fuck floral bunting to hang around your semi-detached, commuter belt faux-cottage. You can wake each morning feeling like you’re on a genteel episode of Jamie’s Kitchen or some shit.

What’s better than a solid wood bedside table you ask? How about a bedside table that needs polishing every time you lightly brush past it and also reflects every unflattering angle of your rapidly ageing face? The beautiful thing about this furniture (the only beautiful thing about this furniture), is that it will last you for years because you’ll be too scared to touch a single handle on the drawer. Plus, because it’s completely made from mirrored glass, it’s totally safe and not likely to tear your flesh open like an angry brown bear when it shatters.

“Aren’t canvas’s a bit old-hat?” I hear you yell. Well how about a canvas that’s split into loads of little canvas’s? Classy as fuck, right? You have to make sure each one super straight though, or they’ll look naff. Make sure it’s a really serene landscape or a wide angle picture of a city you’ll never actually visit. Man that’s classy!

By all intents and purposes, this meme should be long dead. It wasn’t funny in 2007 and it’s fucking soul destroying to see in 2017. But try as we might, you can always guarantee the most generic of homes will still be sporting a mug, calendar, pillow, poster, apron or jar with this light-hearted take on war office propaganda plastered on it somewhere.

Once it was a loud floral pattern around the fireplace, now the trend de jour is brick effect wallpaper, for houses that are unfortunate enough to not be made of any bricks. Don’t go overboard though; anything more than one wall of this tacky shite and your room might just look stupid. Which would be a disaster, what with your PhD and all.

Nationalism has never been so popular (ask 52% of the country), and if you can dress it up with a bit of distressed shabby-chic, you can make it look a little less in-your-face than if you were wandering around the shopping centre with the red,white and blue draped over your shoulders whilst you bellow “Land of Hope and Glory” using your best football fan howl. Some say a toilet roll holder with the national colours printed on it diminishes and trivialises what the flag stands for, but what do they know? They’re probably just a bunch of remoaners anyway!

If 2017 has taught me anything, it’s not to trust a wet fart. It’s also taught me that colour is overrated. We all dream of living in Catalogue World where everything is pristine, ageless and never wears out or gets dirty. However, what you are likely to find is that if the contents of your house are whiter than a Stanley Kubrick wet dream, it is unlikely to look this good for more than a week if you plan on actually living in your house or don’t mind repainting every other weekend. But that’s the life we chose when we chose to be generic - nobody said it would be easy.

Another girl in the neighborhood