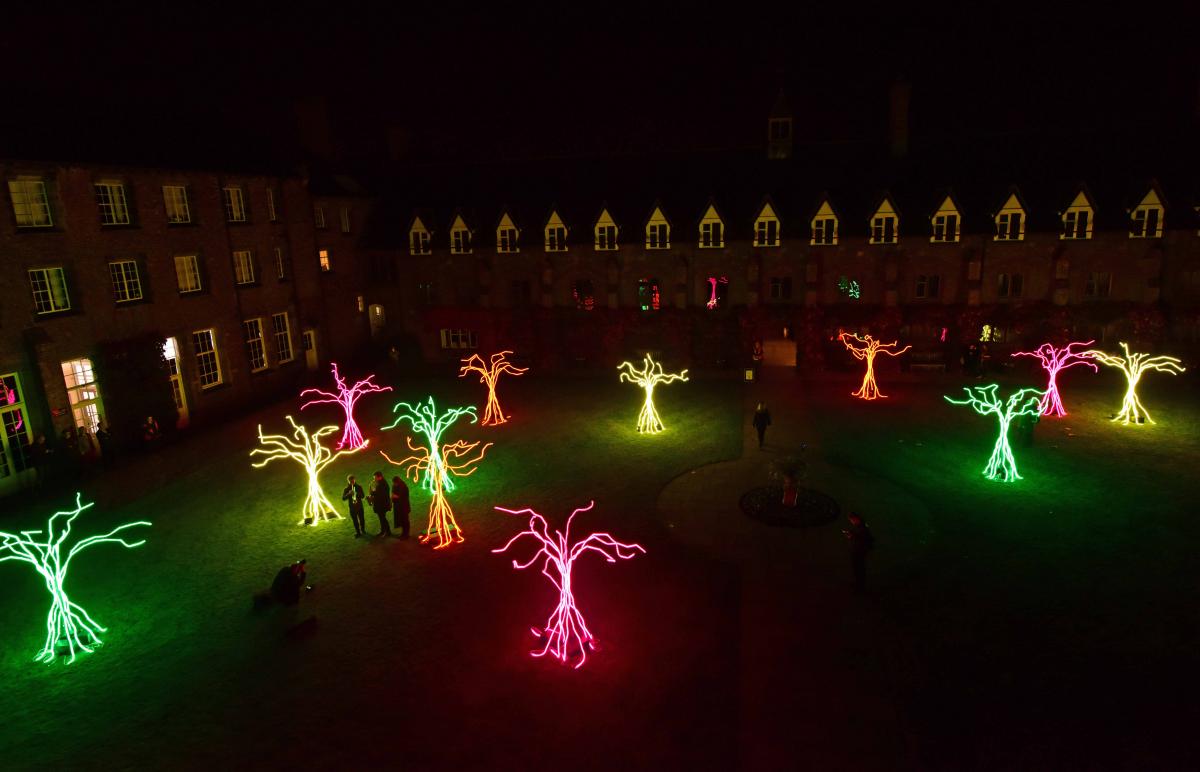 Henley Festival is delighted to announce that Paul Day, the sculptor behind the Afghanistan and Iraq Memorial and Queen Mother Memorial, will be showcasing works at Henley Festival (5 – 9 July) this year alongside leading contemporary artists Stephen Newby and Simon Gudgeon.

Alongside headliners Pet Shop Boys, Chaka Khan and All Saints, Henley will be exhibiting works from some of the most exciting contemporary artists in the UK. Against the unique backdrop of Henley Festival’s stunning riverside setting, works will include large-scale sculptures, immersive outdoor light installations and a string of pop-up galleries.

Against the unique backdrop of Henley Festival’s stunning riverside setting, works by some of the UKs most exciting contemporary artists will include large-scale sculptures, immersive outdoor light installations and a string of pop-up galleries.

The festival’s sculpture garden will include pieces by renowned British sculptor Paul Day, who created the official Iraq and Afghanistan memorial unveiled by the Queen and Duke of Edinburgh in March this year. Known for his high relief works and widely recognised as a leader in his field, Day’s best known works include the Battle of Britain London Monument on the Victoria Embankment, and the Meeting Place in St Pancras International Station.

The lawns of the festival site will showcase a series of installations, sculptures and interactive artworks from leading artists including Ivan Black, who’ll be showcasing his stunning kinetic work alongside Richard Jackson and Sally Fawkes’ expressive glass sculptures, as well as Simon Gudgeon’s minimalist, semi-abstract forms in his signature smooth style, and Dawn Conn’s whimsical sculptures inspired by fairy tales, romance and simple pleasures. Stephen Newby’s Beating Heart will dominate the festival’s Riverside Lawn, a beautiful installation that demonstrates the artist’s mission to challenge preconceived notions about the nature of materials and their possible forms.

As the Festival moves from day to night, David Ogle’s illuminated forest of light, with its canopy of interlocking, glowing branches, will bathe the lawns in pools of neon light, while Jig Cochrane’s Jigantic epic light garden will bloom with magical giant illuminated glowers. Festival-goers can also create their own multi-coloured light show simply by talking to trees, as part of Ithaca’s interactive installation, Whispering Trees.

Contemporary art mogul Eddie Lock has teamed up with regular collaborator Liam West of urban art gallery Beautiful Crime to once again showcase an array of striking urban photography, painting and mixed media artworks that will adorn the walls of the Art Bar. Newcomers to the Eddie Lock & Beautiful Crime Galleries this year include New York make-up artist Sonja Yaso, and Dutch artist Hayo Sol, whose fans range from actress Denise Richards to Prince Albert of Monaco, alongside works by Fin-Dac, Goldie, Pam Glew, Dan Balwin, Illuminati, K-Guy, Russell Marshall and many others who are turning heads in today’s art world.

Elsewhere in the festival grounds, quirky work from The Connor Brothers will be on display in the new Jazz Garden Gallery, whilst visitors will be invited to sit for their very own stitched portrait by Harriet Riddell. Riddell has travelled the world with her sewing machine, stitching deeply personal portraits and landscapes including in the slums of Nairobi and the tea fields of the Himalayas.

Henley Festival’s spectacular Visual Arts programme sets it apart from other festivals, with organisers working with top galleries worldwide and presenting the perfect opportunity for festival goers seeking to invest in great art.