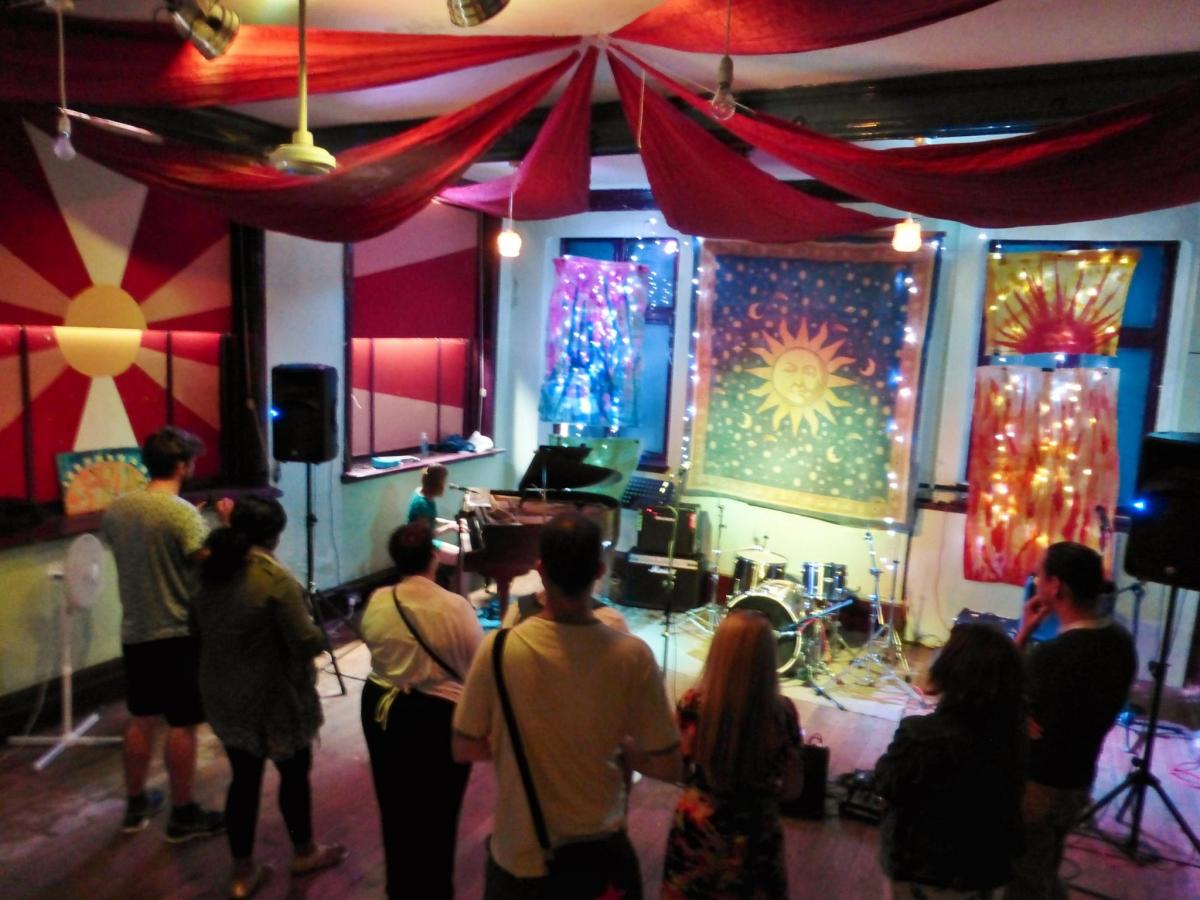 With only one month to go, final preparations are being made for this year’s Here Comes The Sun music and arts festival at the Rising Sun Arts Centre. This year’s event takes place on Saturday 12 August from 11am - 11pm. The festival headliners have now been announced along with a host of other great additions to this year’s line-up. 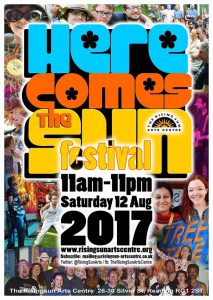 Now in its eighth year, Here Comes The Sun is a one-day festival of arts, music and fun for all the family, set in the centre’s rustically charming Grade II listed building on Silver Street. The tall, imposing former temperance house will once again be transformed for the day, making it the perfect setting for an event that has the ambience of a festival with the homely feel of a very large house party.

Topping the bill this year are The August List. Hailing from Dorset and now residing in a small barn perched on a hill in Oxfordshire, The August List plays ‘backwards country porch folk’ with a rock ‘n’ roll attitude. No strangers to the centre or the festival, The August List continue the tradition of giving the headline slot to artists who mean a lot to the Rising Sun Arts Centre and its community. They recently released their second album, Ramshackle Tabernacle, choosing to host their launch party at the Rising Sun.

The Rising Sun Arts Centre has been at the heart of community arts in Reading for over 25 years. It is almost entirely staffed by volunteers and in 2016 was recognised with the Queen’s Award for Voluntary Service, the highest award given to local volunteer groups across the UK. Here Comes The Sun is a perfect way to celebrate creativity, participation and knowledge – the very ideals that The Rising Sun Arts Centre and its volunteers hold dear, and all proceeds from the event will be re-invested into the running of the centre.

They join a wealth of already-announced acts from Reading and beyond that will perform across three stages throughout the day – Adam & Elvis, alphabet backwards, Bity Booker, Burnt Tomorrow, City Scaffold, ed lofstedt, Ever Hazel, Jersey Bones, Jimmy The Dog, Kill Committee, Lawrence Piddock, Ocean Ruins, Pete Hefferan, The Seasons In Shorthand and Starkey & The Moon Doctor.

There will also be fun and games for the kids, their famous outdoor cinema in the evening, plenty of food and drink and much more! And all organised, prepared and served-up by their brilliant team of volunteers.

Entry is £7, with free entry for children 14 and younger.

Art of Joyce Murgatroyd to be on display

Stories in the Secret garden