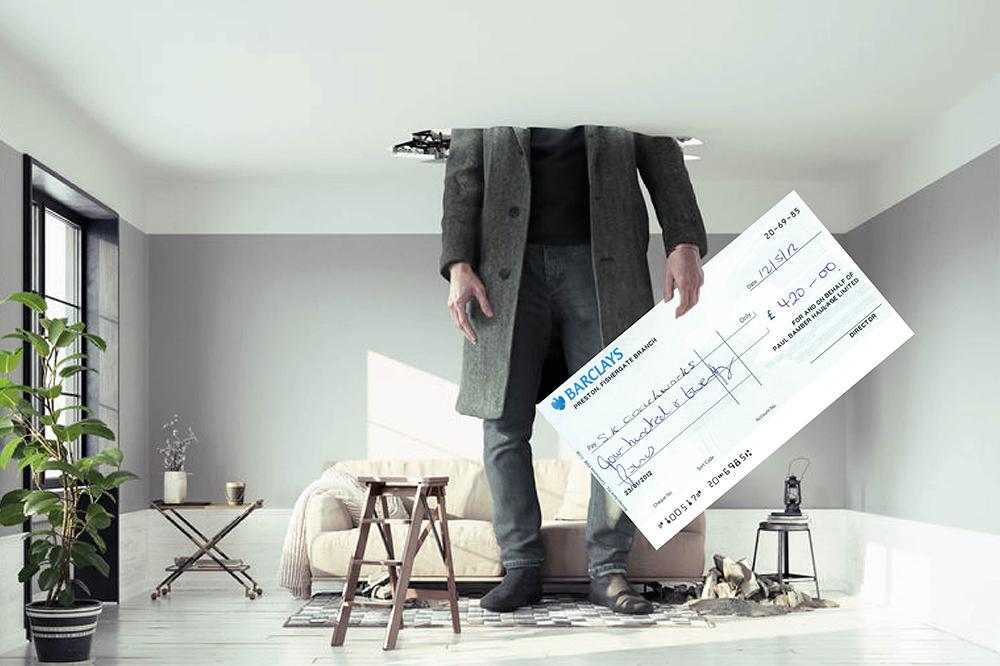 The Bank of England has put out an edict for giant cheques to no longer be issued by UK banks.

Andrew Bailey, the Governor of the Bank of England, announced the move as part of its 2020 UK banking reforms.

He said: “We’ve just found those giant cheques to be more of a pain that we first envisaged. By getting rid of them we no longer have to have giant sized paying in slots, giant cashpoints, or giant cheque guarantee cards.

“It’s also good for the environment as we no longer have to produce giant sized cheque books as it takes two Norwegian forests just to produce one book. Also the pain of finding a giant biro to write the giant cheque was just too much anyway.

“As a bank we’re used to throwing away money as it’s not usually ours to begin with but we just couldn’t find a viable reason to carry on with giant cheques.

“Also my five-year-old niece Chardonnay pointed out that giants don’t actually exist and are mythical creatures apart from Big Derek who lives around the corner but uses online banking nowadays anyway.”