Getting to grips with climbing 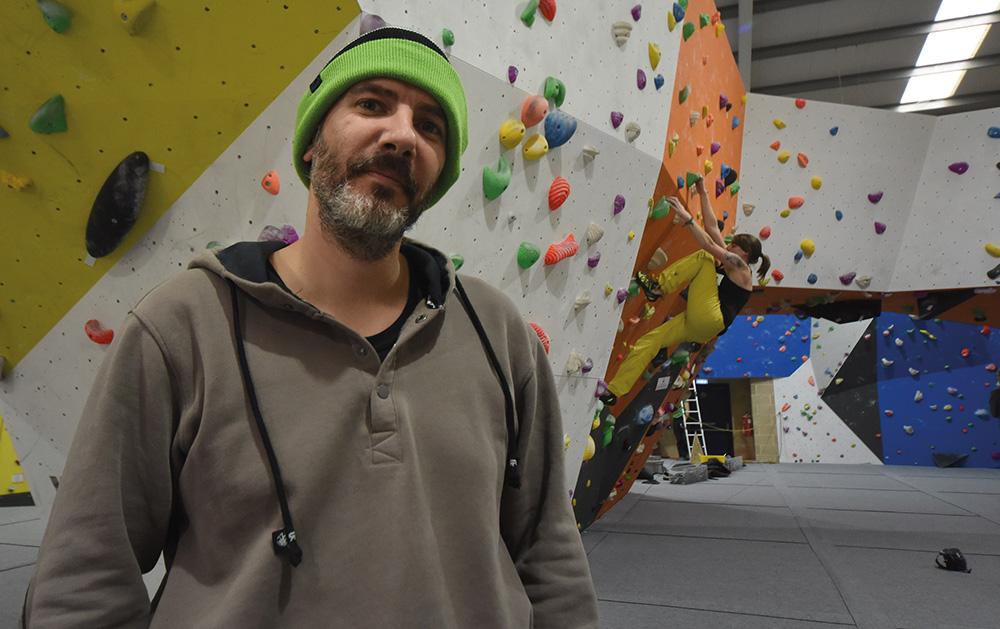 Ben Fitzgerald chats to Mike Aston, owner of Swindon’s Rockstar Climbing, which has recently chalked up its first birthday.

Ever since Sir Isaac Newton invented gravity, people have been falling off high things and hurting themselves.

This led to the creation of the niche past-time known variously as ‘not falling’ or ‘holding on tightly’ - later to be rebranded ‘climbing’ during the 19th Century by a small group of men and women who shared a love of hemp (the rope kind..) tweed jackets and near-death experiences.

Although the idea caught on around Europe, it was in England that the notion of climbing as a sport was fully embraced.

By the end of the Victorian era, dozens of enthusiasts would gather in the Wastwater Hotel in the Lake District with everything they might need for a cheerful day out risking their lives. The well-prepared climber in those days would be sure to take a thick woollen jumper or two (that would absorb any amount of ice cold rain and be an ideal way to develop hypothermia) a pipe and plenty of tobacco (to steady the nerves and strengthen the lungs) and most chillingly of all, a pocket full of small rocks.

Mike Aston, who runs Swindon’s Rockstar Climbing, explained that early pioneers of the sport would attach their ropes around these shaped flakes of rock to wedge into cracks - protecting them should they lose their grip.Thankfully climbing has moved on since then.

Looking around Rockstar Climbing, based in a spacious industrial unit off Hobley Drive in Swindon, it is clear that the sport has come a long way since.

Rockstar is an Aladdin’s cave of challenges, where visitors can hone their skills on the fiendishly designed routes on the overhanging technicolour artificial cliff faces. These challenges are regularly re-plotted by expert route setters to ensure that visitors are constantly kept on their toes.. and fingertips.

Mike explained: “Climbing is no longer an elite sport. We wanted to make sure that visitors were made to feel welcome to have a go, no matter what their climbing background is. We are really inclusive, we run courses for children as young as five and our oldest member is 77. There is something here for everyone.”

I can vouch for that. As a keen wanna-be climber, I signed up for the adults’ learn to climb programme. Under the expert guidance of Mike and his team, I soon lost the dreaded knee tremble. And I soon developed enough trust in my fellow climbers and the modern equipment to know I would probably survive. I even began to enjoy myself, focussing on climbing technique rather than clinging to the wall and making small frightened noises. I love it and you should too.

Mike added: “I would advise anyone interested in starting out in climbing to sign up for professional training so that you develop those good habits right from the outset rather than having to learn from mistakes. Incredibly, you do get some people who try to teach themselves from watching videos on YouTube… This is not to be encouraged.”

Climbing is gaining a mainstream reputation, The sport is set to debut at the 2020 Tokyo Olympics. It is no longer the preserve of a hardcore group of elite athletes - and you don’t even need to smoke a pipe (in fact some leading scientists have suggested that this may even be bad for you).

Imagine… if you get training now, you could be sinking your own teeth into a gold medal in the Land of the Rising Sun in four years’ time.  Or perhaps more realistically, you could have developed a little more self confidence, swapped some of that flab for muscle and an expert knowledge of early 90s grunge rock which seems to be on hard rotation at Swindon’s Rockstar Climbing Centre.

Find out more at: www.rockstarclimbing.co.uk

Is LaplandUK any good? We asked Ben Fitzgerald to find out...

Is LaplandUK any good? We asked Ben Fitzgerald to find out...