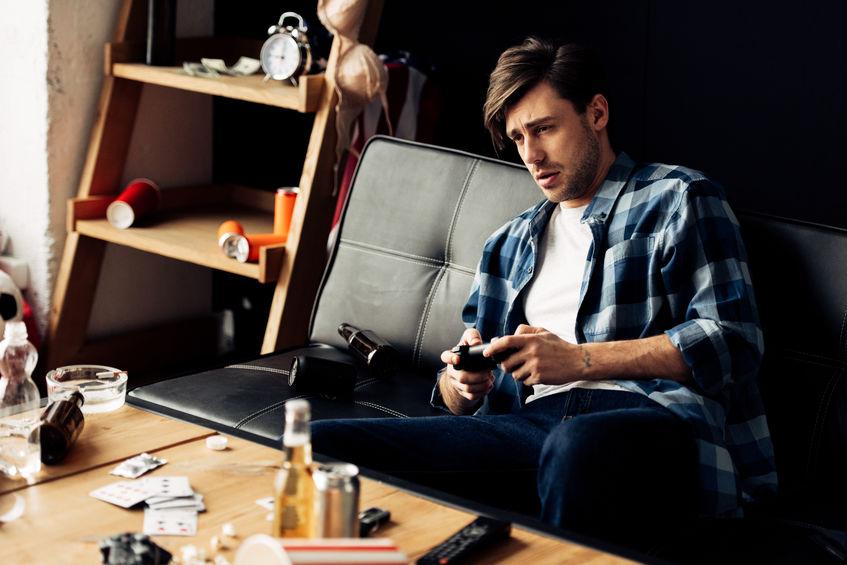 Gamer Brian Smith, 34, of Port Talbot, made the ultimate commitment to his girlfriend on Saturday by pausing his game of The Ghost of Tsushima for a whole five minutes to talk about what they needed from the shops.

Despite being in the middle of a major battle between Samurai and Mongols, the IT analyst managed to pause the game and give his girlfriend of five years several whole minutes of undivided attention.

He said: “I couldn’t believe it. She had started talking to me and rather than carrying on playing the game and grunting at her occasionally at what I thought were the right places, I actually paused the entire thing and had a normal conversation with her.

“I don’t know what this means but I guess it means our relationship has entered the next level and I might even be ready to take on the big boss by marrying her.

“It’s exciting and scary at the same time. I haven’t felt this much adrenaline since the hotel basement level fighting hordes of zombie clickers in The Last of Us.”

The couple originally met in 2015 after Brian had been forced on a work night out by his colleagues and they discovered a mutual love of World of Warcraft, which she had played once round a friend’s.

He said: “It was love at first click. Since then we have been through thick and thin, although she doesn’t seem that interested in gaming any more and keeps bothering me about stuff like city breaks and having dinner together. I don’t see what’s wrong with us eating dinner together during a cut-scene whilst I’m playing Assassin’s Creed Odyssey. That’s what most normal couples do.

“But we’ve had our ups and downs. She was there for me in the few months it took me to complete Red Dead Redemption Two, even showing me sympathy when Arthur Morgan died, and she was there for me when I was getting frustrated by Geralt of Rivia in The Witcher 3: The Wild Hunt. She really is my Yennefer!

“Just lately she has been really understanding. As although she doesn’t game any more she seems to be giving me more and more space, sometimes leaving me for a good few days at a time so I can keep trying to complete Dying Light.

“She also knows to leave me in peace when she invites her personal trainer round for.a session as she kindly locks the bedroom door so I won’t be disturbed during their session. I do find the grunts, groans and occasional screams of pleasure a bit distracting when I’m doing a really tricky bit on Call of Duty but I haven’t mentioned it to her as we all have to compromise.”