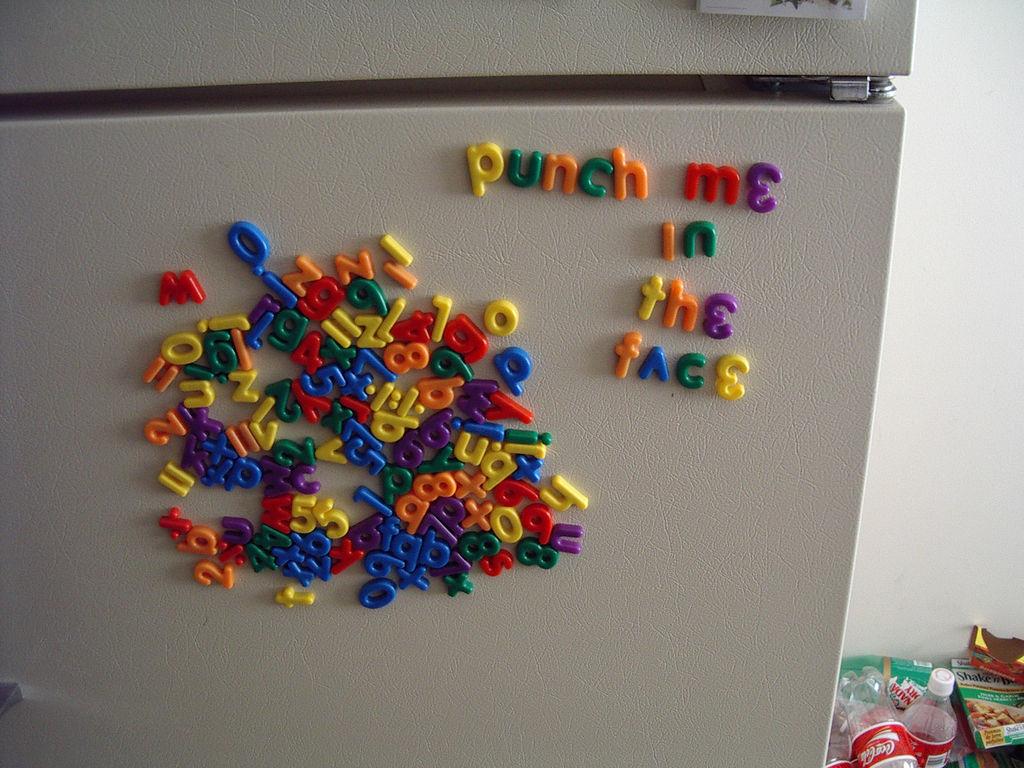 All public inquiries into calamities, tragedies and outrages are to be replaced by a large fridge door at which a middle-ranking civil servant will throw magnetised cliches.

The move follows a number of high-profile cases in which victims and their loved ones have claimed such inquiries are whitewashes intended to protect wealthy high-ranking incompetents, nincompoops, ne’er-do-wells and outright sociopaths.

This is upsetting to the inquiry chiefs charged with the task of protecting the wealthy high-ranking incompetents, nincompoops, ne’er-do-wells and outright sociopaths in question.

Final details of the plan have yet to be ironed out, but it is understood that the occasional ceremonies will be broadcast in a similar format to the Lotto draw, except that instead of a ball machine there will be a large fridge door attached to some sort of frame.

The middle-ranking civil servant will hold a black velvet bag containing fridge magnets embossed with meaningless platitudes and mealy-mouthed, self-exculpatory insults to the intelligence of any decent person with an IQ greater than their shoe size.

A set number of these will be withdrawn one by one from the bag and cast at the door, and the ones which happen to stick will be formally adopted as the official statement of whoever is in overall charge of the sickening, lying charade.

The cliches will include ‘This is not a witch hunt’, ‘Lessons must clearly be learned’, ‘Such a thing must never happen again’, ‘The bereaved have our deepest sympathy and respect’, ‘It would be unfair to apportion blame’ and similarly nauseating crap and poltroonery.

A senior Establishment figure said the move would streamline the process for all concerned as well as saving money.

He added: “Everybody knows we don’t give much of a damn about ordinary people suffering horrific death, injury and bereavement, so what’s the point in wasting public money on inquiries when it’s blatantly obvious that nobody powerful will ever be held to account, let alone punished in any way, shape or form?

“The clue is in the description of the victims - ordinary people. It’s not as if they’re important enough to matter; in fact, it’s not as if they even qualify as fully human. They’re something less than that.

“Of course, it’s not that we absolutely don’t care when, say, several dozen ordinary people die in a massive explosion because their housing estate was built over an old rubbish dump belching methane in spite of the developers being warned countless times.

“Nor is it that we absolutely don’t care when, for example, other ordinary people are murdered because the intelligence services are infested with inbred halfwits who lack the requisite intelligence to detect a big brass band in a phone box, let alone a deadly threat.

“No, it’s not that we absolutely don’t care - it’s just that we don’t care too much. We care about as much as we would for something like the death of a pet.

“After all, we’re not ordinary people, so it’s not as if we’ll ever have to worry about anything horrible happening to us or our loved ones.”

Each bereaved person will be issued with a tealight and a laminated copy of the words to John Lennon’s Imagine.