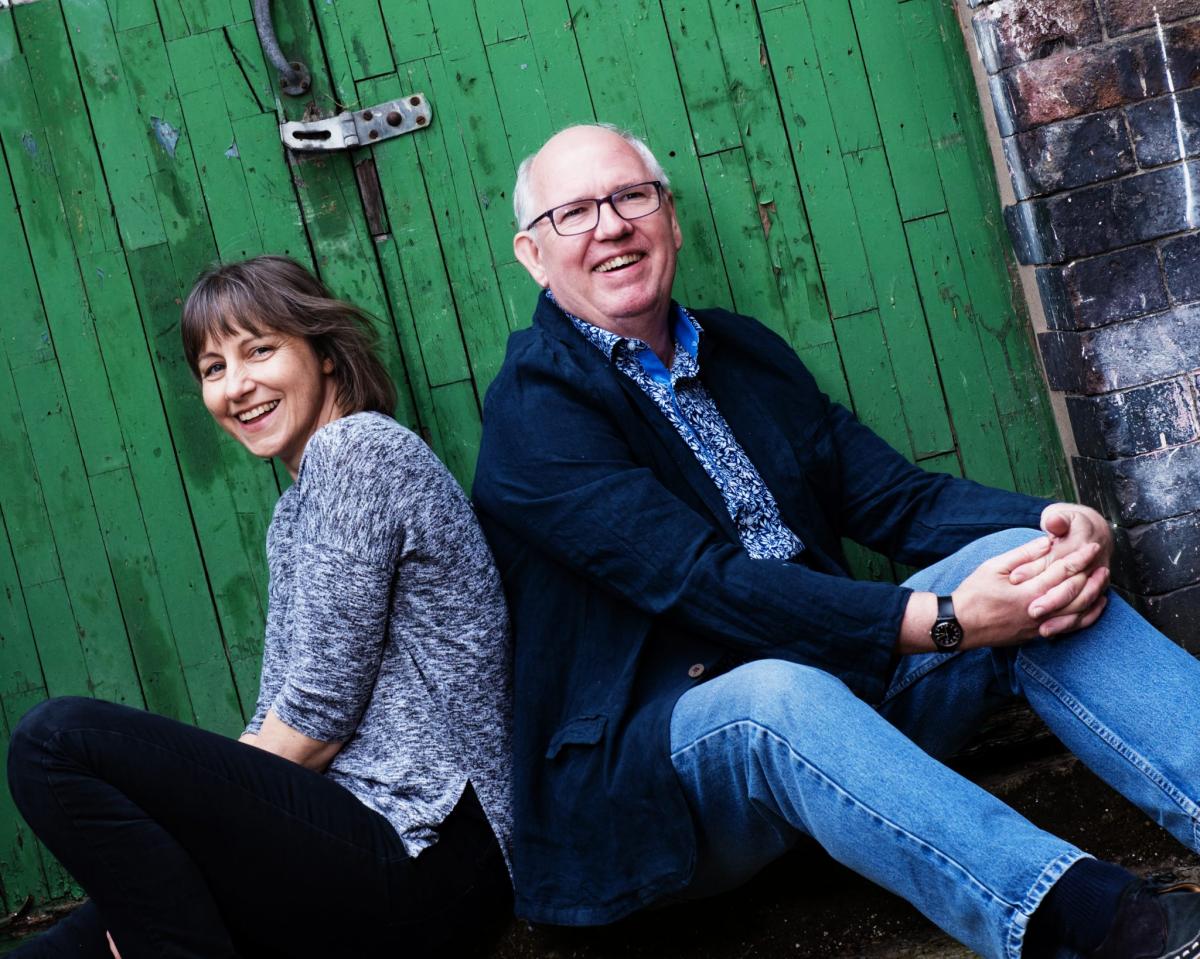 Joining forces, Clive Gregson and Liz Simcock head out on tour this spring and are heading to Oxfordshire’s Wychwood Folk Club May 5.

Clive Gregsonwas the founder of Any Trouble, a quartet from Manchester who signed to Stiff Records in 1980 and subsequently to EMI America. They made five highly regarded albums before calling it a day at the end of 1984. Around the same time, Clive discovered Christine Collister and as a duo they built up a large international following over 7 years and 5 albums. From 1985 to 1992 Clive Gregson and Christine Collister were at the very top of the game in acoustic and roots music, Rolling Stone calling them “the state of the art in British folk-rock.”

Since then, Clive’s illustrious and varied career has continued apace. He has toured and recorded with Richard Thompson, Nanci Griffith, Eddi Reader, Boo Hewerdine, Plainsong, Dennis Locorierre and a reformed Any Trouble, in addition to releasing 13 solo albums. Guitar Player included him in their “Top 1000 Guitarists” book.

In 2015 Clive asked songwriter and singer Liz Simcock to join him in a UK tour, a chance to revisit some of the songs from Gregson & Collister days. Clive says “Playing shows that celebrate a hugely enjoyable part of my musical career was well overdue. It had been a very long time since I performed many of those songs.” Liz was delighted to be asked, saying “I’ve always been a huge fan of Gregson & Collister and couldn’t think of anything nicer to be invited to do. They were what got me into writing songs and I think it’s a real privilege.”  The tour coincided with the release by Cherry Red of a deluxe edition of “Home and Away”, the debut Gregson & Collister CD.

The 2015 tour was a resounding success, so much so that Clive and Liz decided to keep the train rolling, record a CD of brand new Gregson songs, and play more duo shows.

Every avalanche starts with a snowflake