Finding the Joy In Adulthood - A column by Beth Ritchie 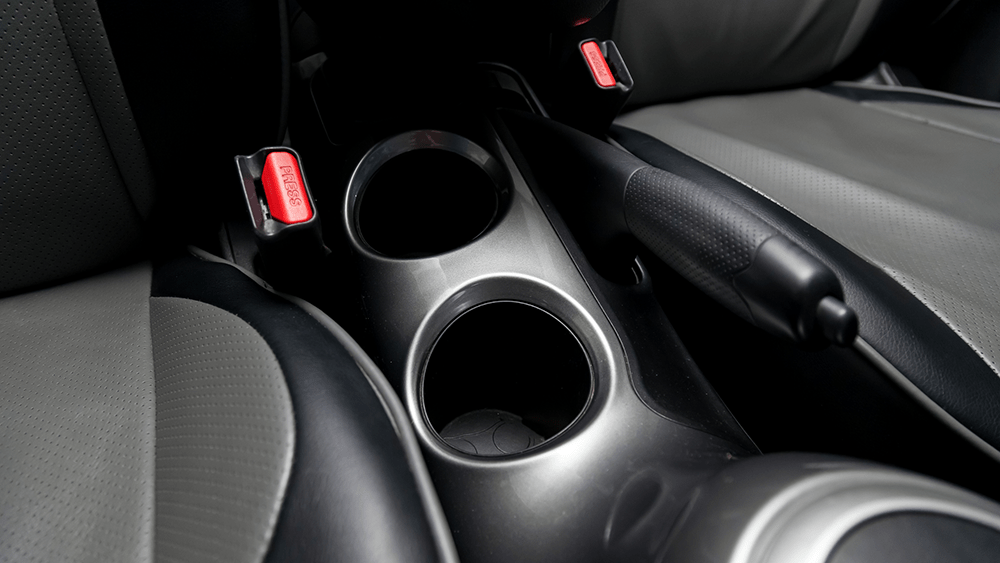 My car went in for its MOT this week. I’m so lucky in that my kids dad is an MOT tester and operates a door to door service for me. I get to use his car while he gets mine sorted (perks).

Sadly, my beloved 23 year old banger needed some work. But, in the true meaning of the words “silver lining”, I get to use a car with cupholders for a few more days. This is absolutely thrilling for me, having led a largely cupholder free existence up until this point.

I remember when cupholders came out circa Y2K and everyone went mad for them. Competition was high..

“Yeah? Well, mine has 25! And 6 of them are in the boot!” Yes kids, there was a time when (mostly men) would have argumentative discussions over the number, location and design of the cupholders in their cars. Having more cupholders than anyone else was a definite selling point, so much so that the number of cupholders was often pushed aggressively in car marketing campaigns.

The rise in our preoccupation with cupholders neatly coincided with our nations obsession with going for a coffee or getting a coffee. And I get it.

Having access to a cupholder has seen me having a Costa for three days in a row. I have now officially spent more on coffee in one week than the full trade-in value of my car.

This wasn’t even a thing in the UK when I was a kid. You might have gone to a greasy spoon and had a coffee or tea in a mug with a full English, but that was about it. There weren’t 3,687 different varieties of coffee either. And we all just had a crusty old jar of Nescafe in the cupboard, none of this posh pod stuff. Coffee is far more interesting these days.

We didn’t have any need for cupholders before the coffee revolution. Except maybe to hold that open can of lager you were legally allowed to guzzle while driving.

A more useful add-on was an ashtray or one of those window wind deflectors that protected your cigarette, which dad’s always had to go along with their wooden bead car seat covers (aka nobbly nuts car seats).

Kids these days don’t even know they’re born with the luxury they get to travel in. We didn’t even have car seats for kids and babies. There was no point anyway because the back seat didn’t have seatbelts (which was great at a time when everyone was driving round after a few beers).

We were always completely overwhelmed with smoke in the back. “Too cold to have the window open” mum says, while her and dad are chuffing away in the front, raising their can of beer in greeting to another couple who are also suffocating their unrestrained children on the way to the local lido.

You could open your window in the back, but the winder would take ten minutes just to open a crack and then mysteriously twice as long to close again, so we mostly didn’t bother.

Of course, that scenario sounds absolutely scandalous to us now, with our delicate 2021 travel sensibilities and obsession with safety and health.

But it proves a point of how quickly we get used to things. My kids don’t understand why I’m so excited to have the use of a cupholder because to them it’s just a thing everyone has, like access to WiFi or an Xbox.

But this is one of the unspoken joys of getting older which I don’t think we speak about enough.

I understand now why my parents just love to tell me how they had to walk 5 miles to school every day with no shoes. Or how food was rationed after the war and everyone would lose their mind at the sight of a banana.

They always say that childhood is the best time, that they are the best days of your life. Before adulthood steals all the magic and excitement.

But I disagree. I think adulthood is full of magic. Because we get to really and truly experience how far we’ve come, and what making progress really means.

I’m just blown away by my ability to buy a really hot coffee (not just coffee either, but an extra hot, skinny, decaf, sugar-free, gingerbread cappuccino) and have a place to put it in a moving vehicle that prevents it from spilling.

Call me easily pleased, but I don’t care. It’s a wonderful thing and we all need as much good stuff as we can get.

There is magic in every day, if you’re open to seeing it.

Is It Safe For My Children To Return To School? The COVID-19 Safety Measures That Are Currently Being Put Into Place In UK Schools

Are Macs or PCs Best for Video Editing?