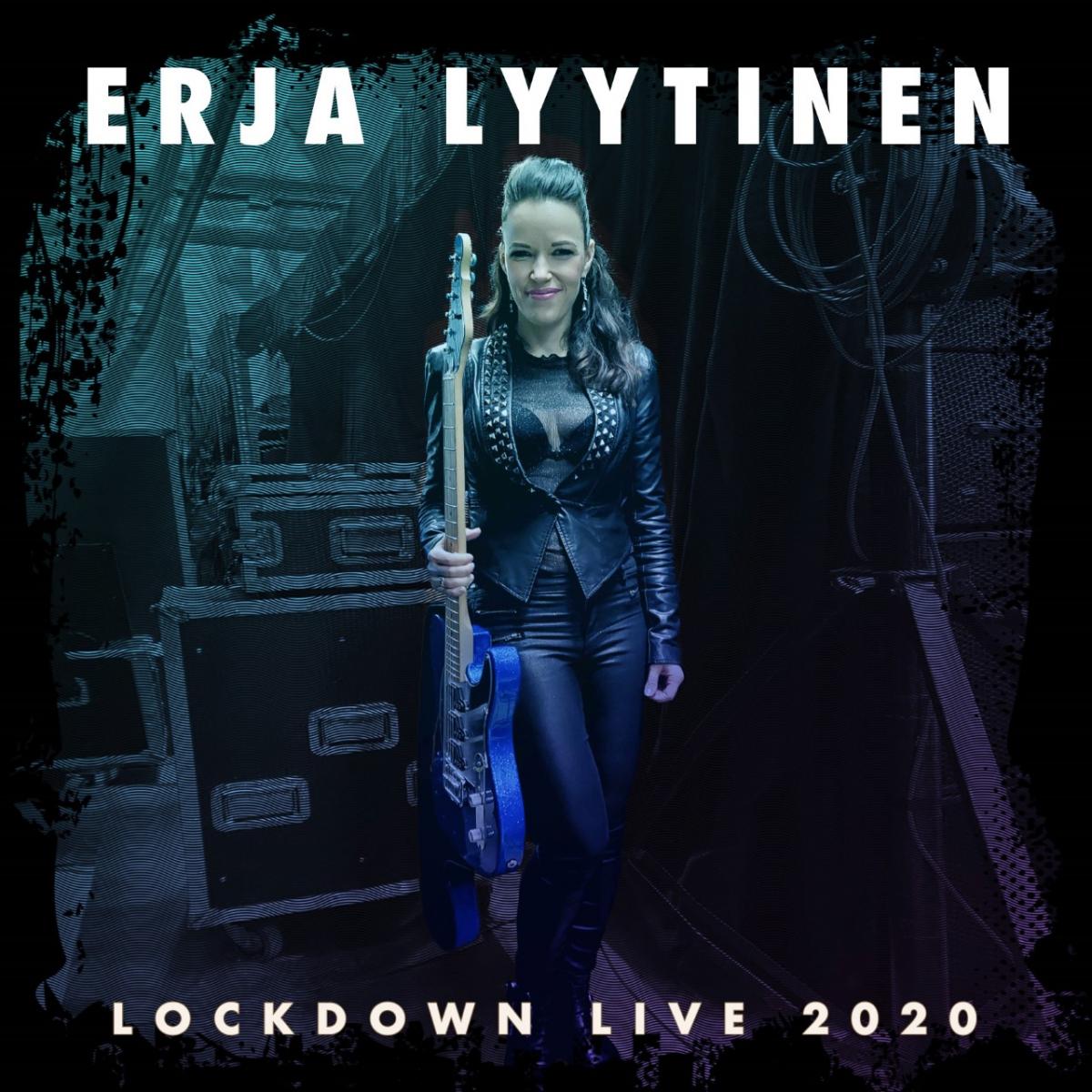 Erja was riding the crest of a wave in 2019, with a string of high-profile achievements acting as a catalyst for an extensive touring schedule. However, with the outbreak of the pandemic, her plans for 2020 have had to be adapted.

Consequently, Lockdown Live 2020 has been filmed and recorded during the COVID-19 pandemic,  and will be released as a live album instead.

Coincidentally, there are also parallels between the current situation we find ourselves in, and the award-winning artist’s last studio album ‘Another World’. Lyytinen goes on to say: “I recently watched the music video we made for the title track. It gave me chills seeing the people in the video wearing masks as they tried to survive on their uninhabitable planet.”

During the early stages of lockdown, artists took their shows to the Internet via live streams. Lyytinen decided that she wanted to give her fans the best and most concert-like experience possible. When the opportunity arose, the high-flying Finn headed to Bluesounds Studios in her hometown of Kuopio, Finland, to record and film the live album/concert performance. The concert was broadcast over the internet as part of a pay per view event, and now forms the basis of this notable studio-live album.

This live recording takes a retrospective look back on Lyytinen’s long and successful career. With such a vast back catalogue behind her, Erja was torn between the songs to feature in her setlist and the subsequent concert album.

The inclusion of tracks such as ‘Wildflower’ and ‘Dreamland Blues’ illustrate the international artist’s beginnings, whereas soul-baring performances of songs from her last two studio albums ‘Stolen Hearts’ and ‘Another World’ bring the show up to the present date.

The CD/DVD release can be pre-ordered from https://erjalyytinen.fanlink.to/lockdownlive-preorder.

Lockdown Live 2020 comes out four months before Erja’s February 2021 UK tour. Tickets for the UK tour are available from www.erjalyytinen.com/tour.