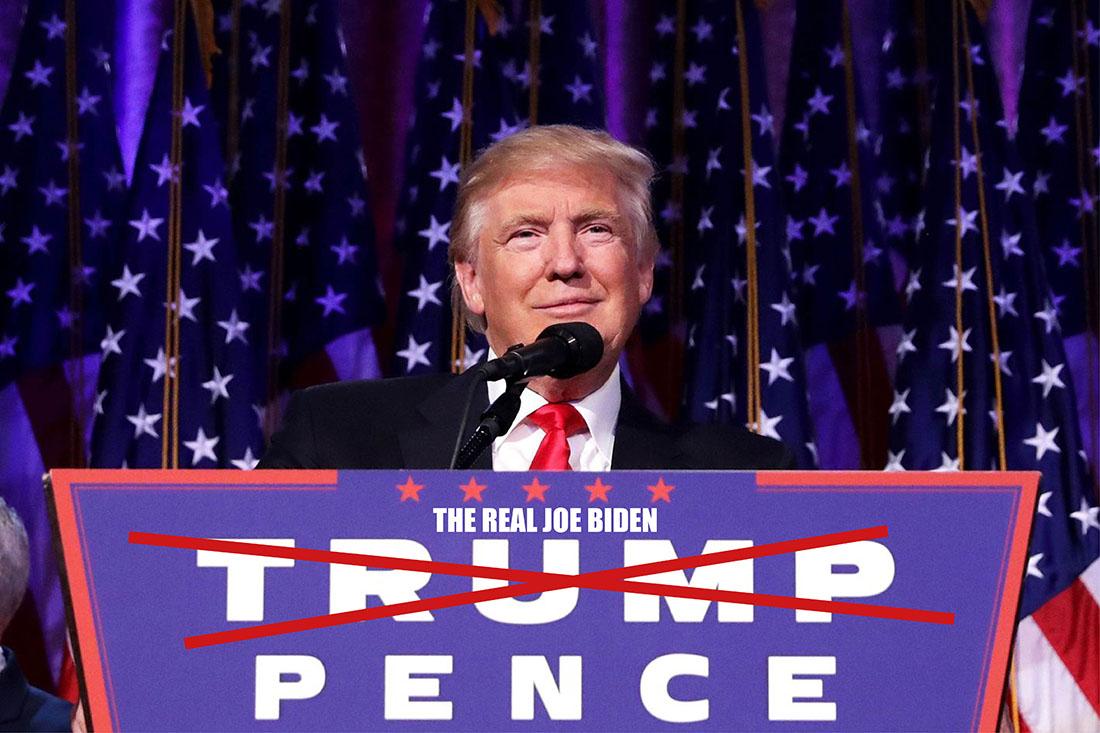 In a desperate bid to still remain President, Donald Trump has changed his name to The Real Joe Biden according to reports coming out of Washington.

The latest idea to come out of the incumbent’s campaign team has seen The President change his name by deed poll to confuse voters at the polls.

Campaign manager Brad Parscale said: “There’s nothing we can do about the 50 million early voters apart from claim that they are all false unless they voted for Trump, which we are going to do despite having no evidence whatsoever, but there is something we can do about anyone voting from now on.

“That is the only way that we’re going to get four more years and for Trump, sorry I mean The Real Joe Biden, to avoid a lengthy prison sentence the moment he steps out of the Oval Office.

“We had experimented with changing Trump’s name to ‘Not Donald Trump’ or ‘Sleepy Joe’ but we felt that those name changes wouldn’t have the same impact. When I say ‘we’ felt, I mean our Russian overlords felt as they’ve been running things from day one anyway.”

But the name change has already caused mass confusion at the White House especially with The First Lady reportedly excited to get into bed with ‘The Real Joe Biden’ but was then heard retching in the Presidential Bathroom after realising it was actually her husband.