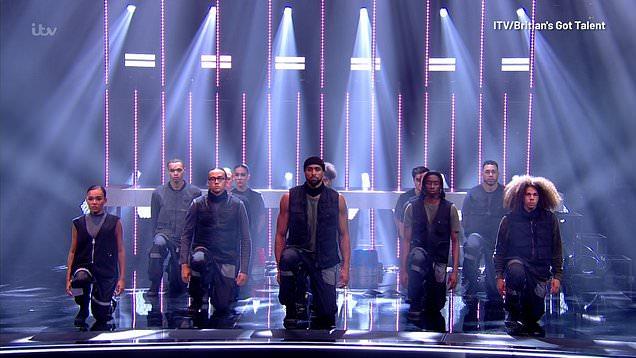 Britain’s Got Talent has received more than 3,000 complaints from idiots after an act called Diversity performed a dance about… urm… diversity.

A spokesperson from Britain’s Got Talent said: “We were surprised that there are so many absolute brain cell-lacking thickos in the country who complained when Diversity did a performance promoting diversity. These are the type of people who would complain that the sea is too wet or that a horse race involves horses.

“We should really change the name of the programme to Britain’s Got Idiots. In fact that’s actually a great idea for a show as we could quite happily watch these idiots for two hours get confused when they’re told that dog food doesn’t actually contain dog. We’ll try and get it commissioned.”

One complainant Ima Notracistbut, from Sunderland, said: “It’s a disgrace. I tune into Britain’s Got Talent to perv on Amanda Holden whilst a bloke on the stage tries to eat an entire walk-on lawnmower not to have some kind of thought-provoking, enlightening and beautiful dance glaring at me from the screen. Diversity! I don’t even know the meaning of the word. I mean I actually don’t know the meaning of the word. It’s something to do with fridges isn’t it?

“And anyway, don’t they realise that I’ve only got a problem with Black Lives Matter as I have a massive insecurity issue that deep down I believe that my own life doesn’t really matter which is why I yell ‘All Lives Matter’ all the time.

“But it’s not just about race, which means I’m not a racist, as I was at a breast cancer awareness fundraising event the other day and had to be chucked out by security after I started yelling ‘All Cancers Matter’. It was a disgrace.”

A study has now been commissioned by The Government to look into the increased amount of idiots in the UK so that they can use the data to know who to target at the election.

Professor James Bunsen-Burner, who is carrying out the study, said: “This newly created ‘idiot’ class can be a powerful force at elections and The Government intends to use this data to take full advantage of this as they did with Brexit and as the Americans did at their last election.

“Fortunately, they have become very easy to spot as they can often be seen writing in capital letters and saying stuff like ‘All Lives Matter’ or ‘Why is there an International Women’s Day? When’s International Men’s Day then?’ or ‘Facemask? More like Face Muzzle sheeple’.

“The knuckle draggers who complained about a dance about diversity by a group called Diversity will be valuable data for my study as it saves me a hell of a lot of work.

“My only worry is that a good few might die out before the study is complete through their own sheer idiocy.”