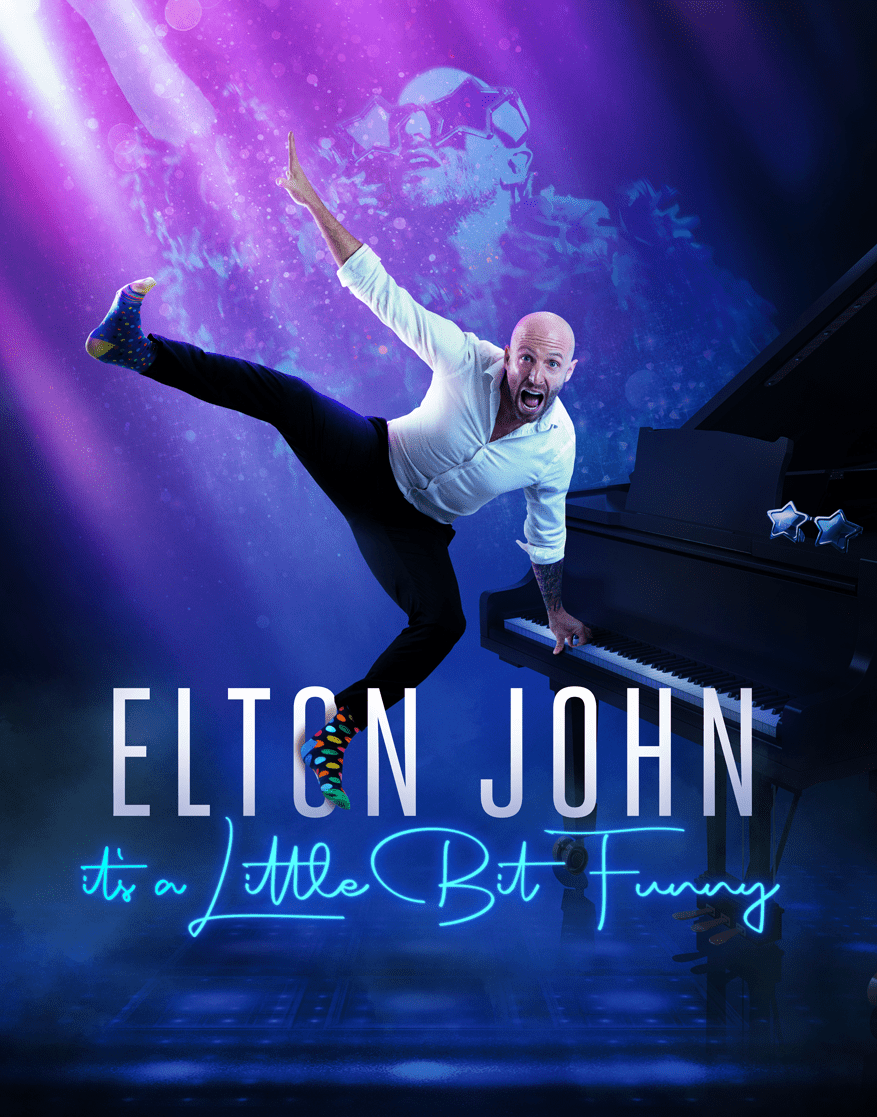 The Corn Exchange Newbury has announced its season of events for October and November, including live performances by Kevin and Joanne Clifton, Boot-Led-Zeppelin, Buddy Holly and the Cricketers, and a comedy homage to Elton John in Elton John: It’s a Little Bit Funny.

On the Corn Exchange stage, family fun includes the return of the very popular Nick Cope’s Family Music (17 Oct & 14 Nov), and for children aged 5 and over there is Roald Dahl and the Imagination Seekers (18 Oct), a thrilling story delivered through performance, games and creative play that explores Roald Dahl’s extraordinary stories, including Charlie and the Chocolate Factory, The BFG and The Twits.

There is a wide range of live music to enjoy including a rock-n-roll evening with Buddy Holly and the Cricketers (31 Oct), an authentic tribute to the band behind foot-stomping hits such as Waterloo and Mamma Mia in ABBA Forever (7 Nov), and Boot-Led-Zeppelin brings an electrifying tribute to the legendary rock band, Led Zeppelin (21 Nov).

Mixing music with theatre and comedy is Martin Kaye (star of Million Dollar Quartet) in Elton John: It’s a Little Bit Funny (29 & 30 Oct). Telling the incredible story of Elton John’s rise and fall as one of the most successful singer/songwriters ever, it’s a night of confessions, anecdotes, jokes and - of course - fabulous songs. Britain’s Got Talent’s Ben Hart will be wowing audiences with his magic in a special socially distanced show, 2 Metre Magic (22 Oct), the Corn Exchange Comedy Clubs are back where each month audiences can expect an evening of laughs in the company of four fantastic comedians (6 Nov) and Strictly Come Dancing champion siblings Kevin and Joanne Clifton present an intimate show produced for a socially distanced audience (18 Nov).

There is also a selection of broadcast screenings including Michael Ball & Alfie Boe: Back Together (23 Oct) with their final performance from their UK tour, a chance to explore the works of Frida Kahlo by Exhibition on Screen (25 Oct) or enjoy the NT Live encore of Present Laughter (5 Nov) starring Andrew Scott (Fleabag).

With screenings taking place in the Cinema and the Main Auditorium, films include Bong Joon Ho’s sophomore feature, Memories of Murder (10, 13, 14 & 15 Oct), which blends true-crime with social satire and comedy, and Sally Potter’s The Roads Not Taken (10 – 15 Oct), which follows a day in the life of Leo (Javier Bardem) and his daughter, Molly (Elle Fanning), as she grapples with the challenges of her father’s chaotic mind. Documentary films this season include Max Richter’s Sleep (10, 14 & 15 Oct), which trails the acclaimed composer and his creative partner and BAFTA winning filmmaker Yulia Mahr and the ambitious performance of his 8-hour opus SLEEP, and White Riot (17, 21 & 22 Oct), which charts the national protest movement, Rock Against Racism (RAR), through archive footage since its formation in 1976. Families can enjoy the film adaptation of the beloved classic novel, The Secret Garden (23 – 29 Oct), starring Colin Firth, Julie Walters and Dixie Egerickx and those looking for a heart-warming comedy drama will enjoy 23 Walks (23, 24, 26 & 28 Oct) and the blossoming of romance between two strangers when they start walking their dogs together. Other films include the cheerful silent comedy The Man in the Hat (16 -18 & 20 -22 Oct) and Rocks, a film about resilience, joy and the spirit of girlhood (23, 24, 28 & 29 Oct). Audiences can also take advantage of a special film offer for screenings up until 25 October - when booking two or more films in the main auditorium in the same transaction, tickets will cost just £5 each.

The Corn Exchange Newbury is following all Covid-19 government and industry guidelines, with spaces left between household groups, masks being required throughout the building, and increased and enhanced cleaning regimes.

For full listings of events and to book tickets, call the Corn Exchange Box Office on 0845 5218 218 (calls cost 2p per minute plus your telephone company’s access charge) or visit the website, www.cornexchangenew.com.