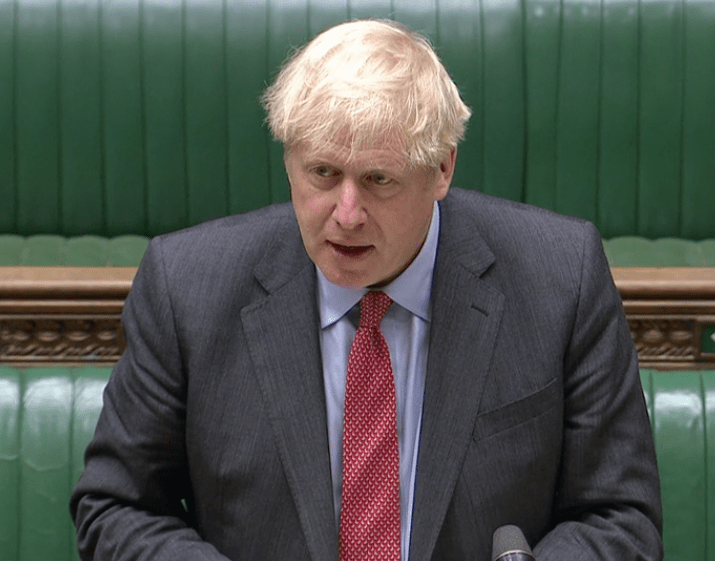 By Kit Chentable in Westminster and Norman Smee in Pyongyang

UK Prime Minister Boris Johnson has announced in Parliament that everything he said two weeks ago was complete hogwash and now to do the exact opposite.

Mr Johnson said : “I don’t know who that guy was two weeks ago that told people to get back to the office and to go out and eat and drink as much as possible to support the economy. People say that guy looked like me as he was ruggedly handsome but he was obviously a complete moron as I’m now announcing the complete opposite.

“So last week up was down, but now it will be sideways. And for at least six months.

“And if people don’t accept that down will now be sideways,  we WILL send in the army to enforce this corruption of the laws of physics.

“You can still meet up with friends and family, just not any friends or family that you know. Only strangers, in pubs, wearing masks.

“Weddings will now be down to 15 guests. More akin to a Bullingdon Club luncheon. And yes, as a father myself, I understand it’ll be a tough choice deciding which 15 of your 27 children you’ll bother inviting.”

As well as announcing the slew of new restrictions that will include pub closures at 10pm and people working from home again, the Prime Minister also announced his latest scapegoats that he will be wheeling out to blame for the latest fiasco.

He said: “Rest assured this is absolutely nothing to do with colossal government management failures to run a serviceable track & trace programme. These shortcomings are barely accountable for 80% of this mess.

“It was young people as they’re really easy to blame and most of them don’t vote so most of my MPs don’t mind me blaming them. And if there weren’t any young people in the room at the time, people who used the Eat out 2 Help out scheme, which it turns out was actually an elaborate trap.”

The Prime Minister was also keen to be optimistic about the future. He said: “Don’t worry, we’ll still be going to the moon! Only now, the rocket will have to drink up and be back on earth at 10pm at the absolute latest.”