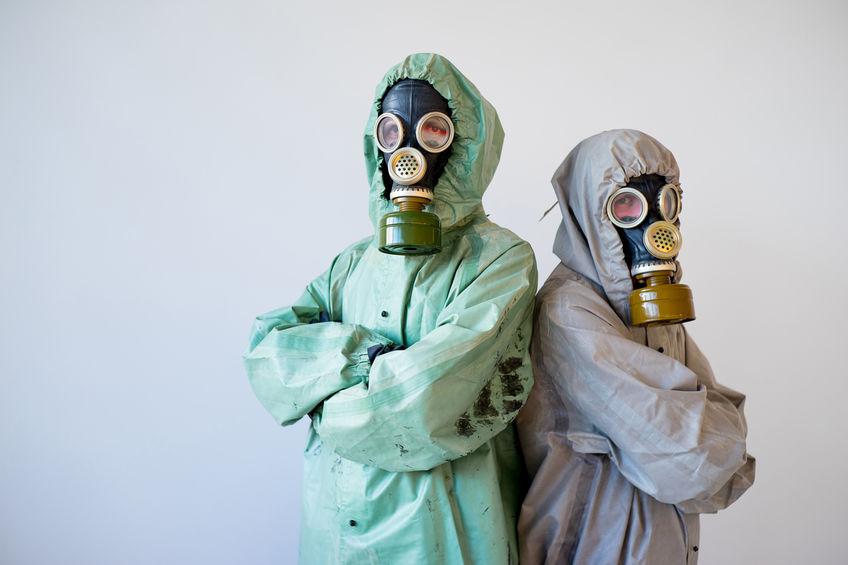 Researchers at the Porton Down Defence Science and Technology Laboratory say they have never seen anything like the mask inadvertently left at a pub table by an unidentified complete minger.

Horrified staff alerted the authorities after noticing not only that the middle-aged man had forgotten his filthy mask but that the mask had dissolved the five coats of varnish on the table and begun to eat its way into the sturdy oak beneath.

The mask, which may have been white several months ago, is now mostly grey with a thin inner coating of something with the consistency of frogspawn.

Under moderate magnification, the inner and outer surfaces are seen to be sparsely populated with delicate custard-yellow filaments up to a quarter of an inch long, and which retract when touched.

Stains on the inner and outer surfaces range in hue from dried blood brown to a sort of dirty saffron, and the wire-reinforced edges intended to make a seal with the wearer’s face bear substantial deposits of decomposing skin cells, not all of them human.

“What we discovered when we got the horrible thing to the lab was quite astonishing,” said Professor George De Feo, leader of the horrified team of scientists who conducted the initial examination.

“So many diseases were present that we had analysts working in relays around the clock for 96 hours straight, and three autoclaves were destroyed. Two blew up and one simply dissolved into a puddle of liquefied medical-grade glass, metal and plastic.

“Clearly, the mask and its former owner are so riddled with good old fashioned pestilences that a relative newcomer such as covid-19 can’t get so much as a look-in.’

Professor De Feo added: “Clearly we need to trace the minger - we call him Minger Zero - and take samples of his bodily fluids so we can create a super-weapon the like of which has never been…er, I mean produce a vaccine capable of ending the pandemic once and for all.”

The manager of the pub where the mask was found said: “The scientists shouldn’t worry too much if they can’t find the minger, as there are plenty of others just as bad all over the place.

“Have you been for a walk in your nearest town centre lately? Mucky sods.”