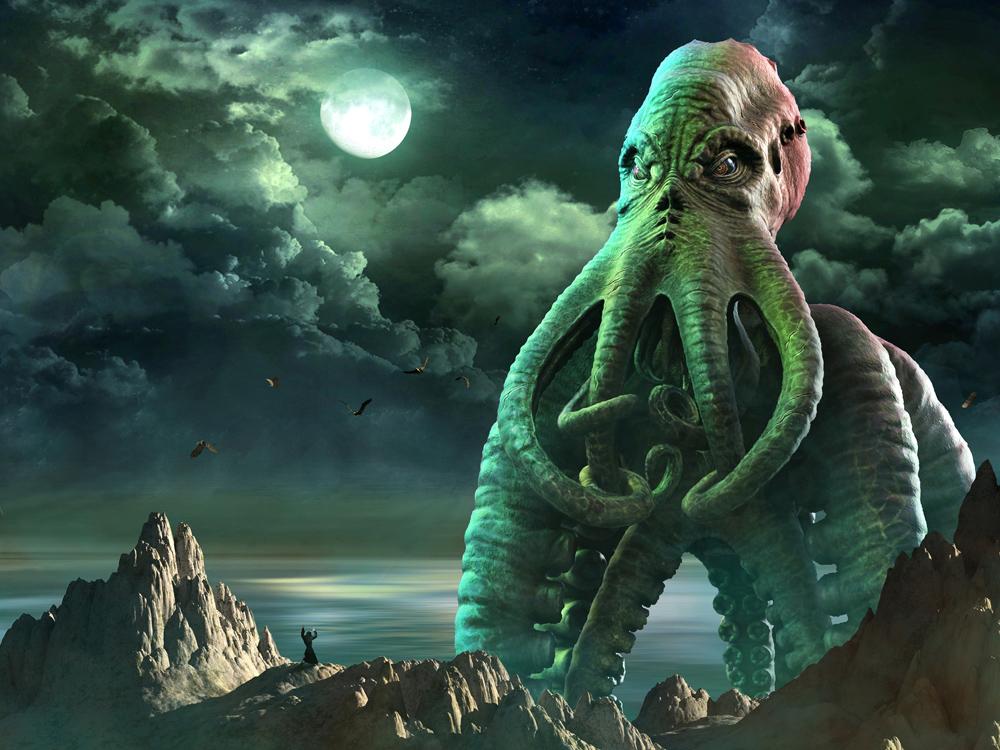 Churches throughout England are erecting altars to Cthulhu, High Priest of the Great Old Ones.

“We have to move with the times,” said the Rev Crispin Dunwoody of St Kenneth’s in Barnstaple, as he polished a large soapstone carving of the tentacle-headed horror from beyond space and time.

“That’s why, when we were approached by the Cthulhu cult, we jumped at the chance to collaborate.”

Rev Dunwoody stressed that Christian worship would still be a major part of the calendar at St Kenneth’s, but said equal time would be given to the ancient, vengeful and bloodthirsty alien monster whose unfathomable history was first chronicled by American author HP Lovecraft nearly a century ago.

He added: “We’ll be putting copies of the cursed Necronomicon, the evil and forbidden tome of the mad Abdul Alhazred, next to the hymn books and Good News Bibles on the pews, but with stickers on the covers warning that all who dare peer within will instantly descend into babbling, irreversible insanity.

“Our insurers insisted on it.

“I’m also setting the words ‘Ph’nglui mglw’nafh Cthulhu R’lyeh wgah’nagl fhtagn’ to the tune of All Things Bright and Beautiful.

“In the interests of inclusivity, the congregation are encouraged to say, ‘Cthulhu fhtagn’ - or ‘Cthulhu dreams’ - instead of ‘Bless You’ when somebody sneezes.”

The vicar said many Church of England focus groups felt that what Cthulhu had to offer was particularly relevant to modern life.

“We’re traditionally associated with promising the faithful that no matter what they have to endure on earth, they are loved and cared about and will ultimately enjoy a peaceful and just reward.

“Unfortunately, many people in these times of plague and inequality reject this notion, especially as the suffering seems to be reserved exclusively for the poor and weak while the rich and powerful have the time of their lives no matter what.

“Cthulhu’s message is rather different. He is wholly indifferent to the fate of the human race, old or young, rich or poor, and simply wants to rampage through the world of mortals, leaving nothing but death, havoc, despair and hopelessness in his wake.

“If he wants anything at all as far as we’re concerned, it’s to be a source of terror to all but those who delight in bloodletting and crave death.

“This is quite refreshing, as it rather puts paid to debates about female bishops, gay clergy and so on.”

We can all have our Christmas back if we agree to go to prison for two weeks first, says Government