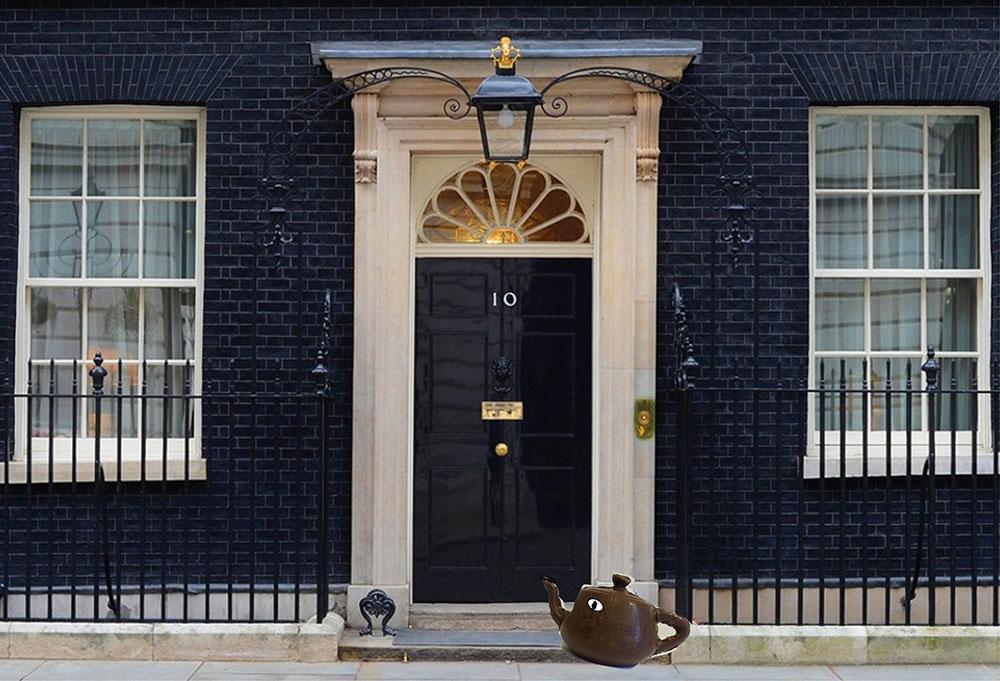 Top secret precautions are being taken to ensure swift continuity of government should the entire Cabinet be incapacitated by coronavirus.

The doomsday scenario and possible solutions are understood to have been discussed during a tense Cobra meeting the day before yesterday, but details are only now beginning to emerge.

Prime Minister Boris Johnson, according to an anonymous insider, stressed the importance of ensuring all resources drafted in should be, at the very least, every bit as useful to the country as the personnel they replaced.

He also said all replacement personnel must be carefully trained in advance.

In what may or may not be a coincidence, there has been a flurry of late-night activity in Downing Street.

The night before last, a box understood to contain a teapot carefully crafted from chocolate was delivered.

It was shortly followed by a large fireguard made from the same substance.

Later a bull sporting a pair of breasts was led through the doorway of Number 10.

Shortly before 11pm yesterday, a man with a severe case of diarrhoea entered Number 10, followed by a man carrying a piece of string.

That man was in turn followed by another carrying a goldfish in a bowl, and yet another wheeling a bicycle.

Then came a bald man carrying a comb.