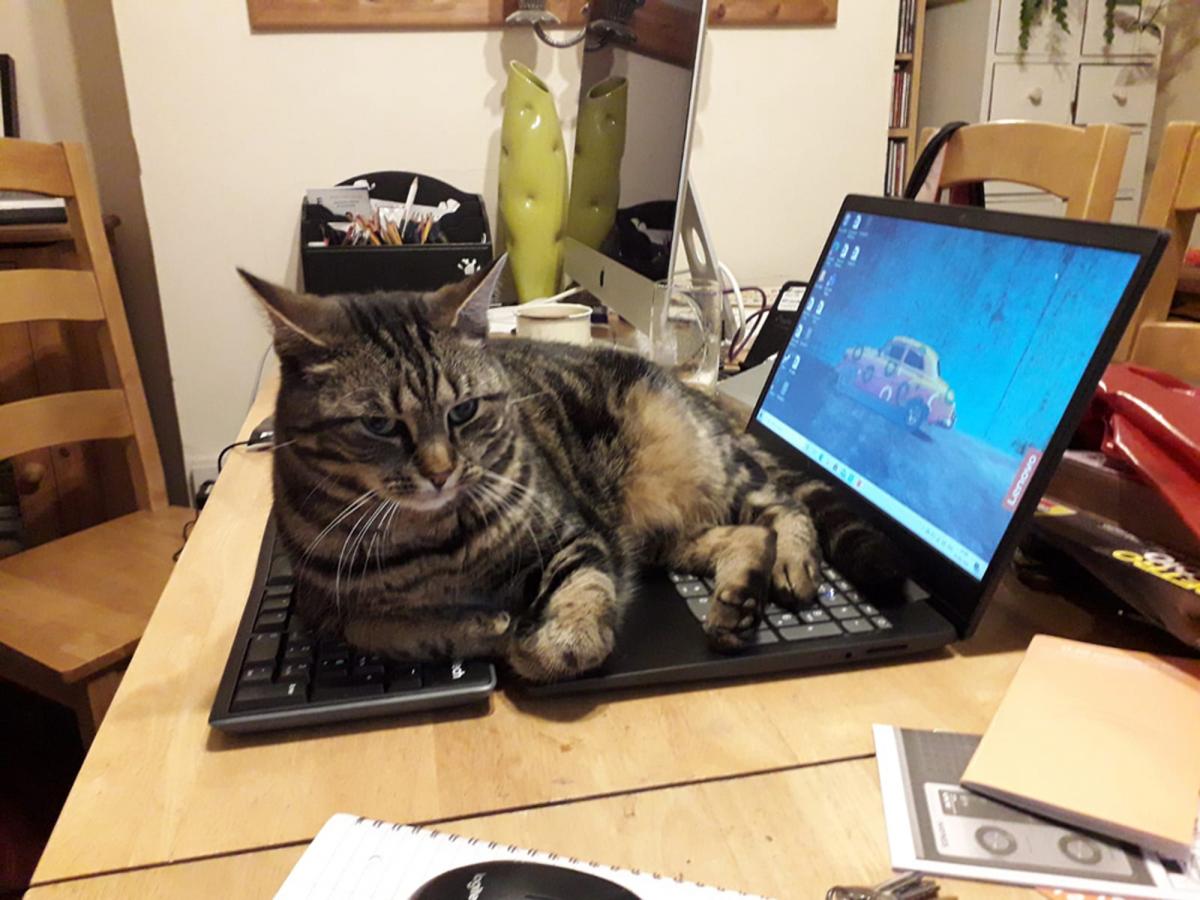 Denzil the Cat from Oswestry secured a place on his species’ roll of honour at approximately 6.45pm last Tuesday.

After several weeks of diligent practice, he became one of only a handful of cats in the world to perform a successful Double Keyboard with Inscrutable Stare.

The move is the feline equivalent of a double aerial somersault performed by a trapeze artist, back-to-back 147 breaks in snooker or at least one browsing pound shop customer managing not to block the sodding aisle when all you came in for during your lunch break was a pack of cheap, nasty and environmentally indefensible batteries for your Xbox controller.

Thanks to lockdown, Denzil’s owner, hapless customer service team leader Dave Armstrong, has been working from home since March.

Denzil has taken the opportunity to become adept at every one of the keyboard-associated manoeuvres familiar to many people in the same predicament as Dave.

Over the summer, Denzil achieved mastery of the Genital Self-Tonguing While Erasing Spreadsheet, the Anus to the End of Human’s Nose During Important Zoom Meeting, the Hairball Fragment Under the Shift Key and many other disciplines.

Eventually Dave, driven to wretched desperation, went to his local Argos and bought a cheap auxiliary keyboard for his laptop, reasoning that he would then be able to use whichever keyboard Denzil didn’t happen to be using at any given time.

Thus was the stage set for Denzil’s greatest feat yet - one which puts him among a truly exalted few.

Although Denzil has been basking in the newfound admiration of his peers across the world, Dave is less impressed.

“What you don’t seem to realise,” he told the resolutely unfazed cat, “is that if it wasn’t for me working, you’d starve.”

What Dave doesn’t realise is that Denzil had four back-up homes at the last count, including that of the little old lady up the road who is never less than forthcoming with the Waitrose wafer-thin honey-roast ham.

Coronavirus tops list of gifts to give elderly parents this Christmas