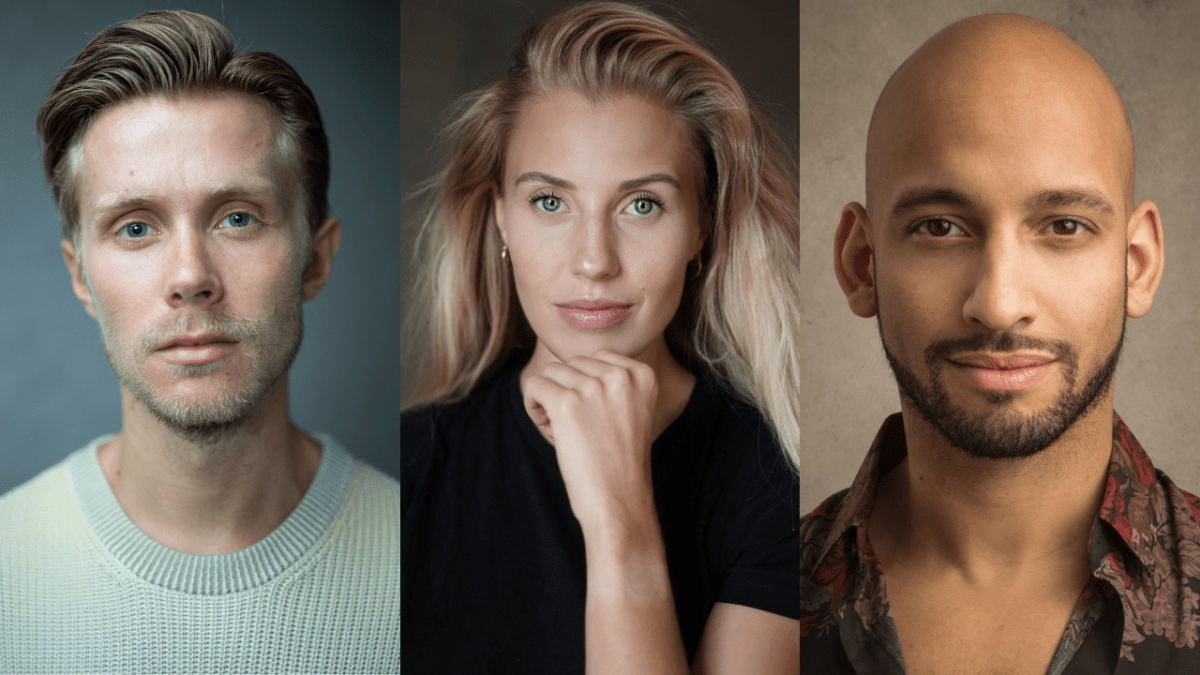 The Barn Theatre has announced casting for their 2020 Theatre Recovery Season productions of Marry Me A Little and Peter Pan.

The new season consists of a two-hand actor-musician production of Simon Reade’s adaptation of Private Peaceful (running until 4 October), a new revival production of Stephen Sondheim’s Marry Me A Little (16 October to 8 November), the digital world premiere of Henry Filloux-Bennett’s new adaptation of Jonathon Coe’s What a Carve Up! (31 October - 29 November) and the world stage debut of Alan Pollock’s adaptation of J.M. Barrie’s Peter Pan (21 November 2020 to 3 January 2021).

What a Carve Up! is a co-production with the Lawrence Batley Theatre in Huddersfield and the New Wolsey Theatre in Ipswich, directed by Tamara Harvey.

MARRY ME A LITTLE

Rob Houchen (Les Misérables, The Light in the Piazza) and Celinde Schoenmaker (Rocketman, The Phantom of the Opera) will star in the new revival production of the Stephen Sondheim musical Marry Me A Little from 16 October to 8 November, with press night on 20 October.

Conceived by Craig Lucas and Norman René, with music and lyrics by Stephen Sondheim, the charming and bittersweet one-act musical follows two single strangers as they explore their secret, unshared fantasies whilst they are left alone in their studio apartments on a Saturday night.

The production breathes new theatrical life and meaning to a collection of trunk songs that were culled from the original productions of some of Sondheim’s iconic musicals including Follies, Company and A Little Night Music.

Last year Rob Houchen and Celinde Schoenmaker starred alongside one another in the 2019 London premiere of the Adam Guettel musical The Light in the Piazza at the Southbank Centre’s Royal Festival Hall. They later reprised their roles for the production’s American transfer to the Los Angeles Opera in October 2019.

Marry Me A Little is produced by the Barn Theatre in association with Anthology Theatre.

Waylon Jacobs (Hamilton, Memphis, The Last Five Years) will star in the title role of the world premiere of Alan Pollock’s new adaptation of J.M. Barrie’s classic story Peter Pan. The production, conceived and directed by Kirk Jameson, follows a man determined not to miss bedtime, so he recreates his daughter’s favourite bedtime story in a hotel room three thousand miles from home.

Waylon Jacobs, who most recognised for being part of the original West End cast of the Olivier and Tony award-winning musical Hamilton, was most recently seen in this Summer’s outdoor revival production of Jason Robert Brown’s The Last Five Years at Cornwall’s Minack Theatre.

This will mark the second time Waylon Jacobs has worked with the theatre following his performance in the theatre’s recent virtual concert The Barn Presents: The Music of Dominic Powell which can be watched on the theatre’s YouTube channel.

The production runs from 21 November 2020 to 3 January 2021, with press night on 24 November, and features original music and arrangements by Nick Barstow (Rags, Just So), movement direction by Tosh Wanogho-Maud and set and costume design by Gregor Donnelly.

For their re-opening, the Barn Theatre have implemented numerous procedures to ensure audience safety throughout their experience. The theatre runs at a reduced capacity with Perspex screens being placed between groups in a new seating layout which ensure social distancing measures are adhered to. The theatre has also announced that they have a new and upgraded air filtration system which exceeds governing guidelines to ensure the experience is the safest the theatre can provide. The cast and creative team will also adhere to Government guidance on social distancing and temperature checks.

The safety measures that were successfully utilised during the theatre’s outdoor theatre festival, BarnFest, including temperature checks on arrival, mandatory masks for all patrons over 11 years old, staggered arrival times, sanitisation of public areas and hand sanitiser at entrance and exit points continue for indoor theatrical performances.