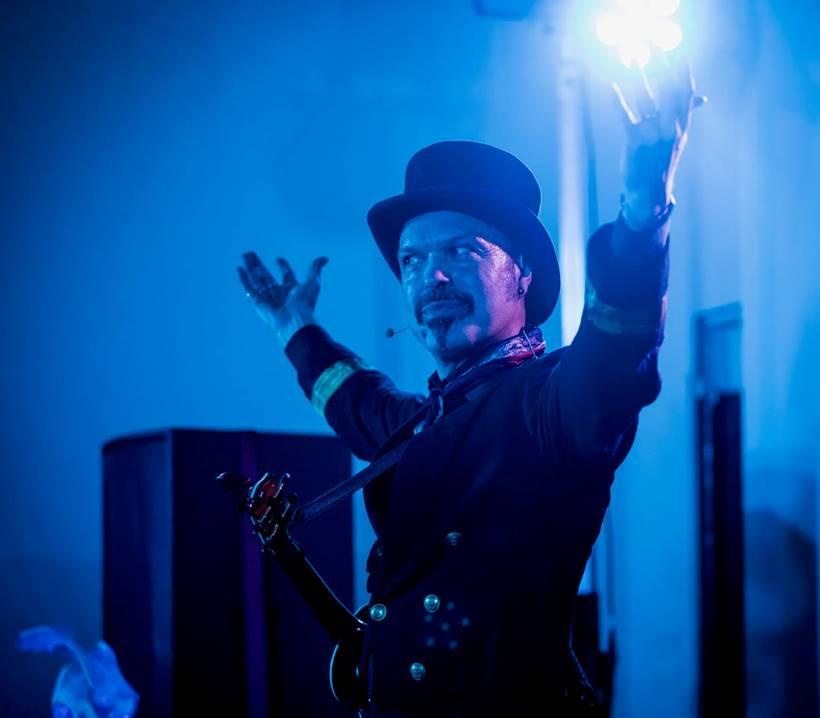 The Captain, - who’s real identity is unbeknown to us - is being hailed as a combination between Monty Python and Queen’s Bohemian Rhapsody following the release of his latest album ‘Synthesis’.

The Captain is not just the figurehead of his musical vessel: he’s ringmaster; bard; troubadour; master of ceremonies and sage.

With one leg in early 20th Century vaudeville and the other in tomorrow’s social commentary (yes, he has very long legs!), there’s far more to him and his absurdly engaging world than any of your ten-a-penny musical stars. Seen through showers of glitter, kaleidoscopic lens flares and in the rainbows in a million puddles, the Captain of the Lost Waves tells stories to connect with everyone past, present and future.

The Captain is the kind of ebullient troubadour you might imagine flitted from village to village in centuries past. Indeed, with no concrete details as to his Earthly origins (beyond some vagaries about the wild, Wild West of Yorkshire) what can be said is that he has travelled extensively, taking his show to audiences who are transported aboard his mystical voyages as he variously inhabits the personae of Scaramouche, The Pied Piper and all the good captains rolled into one (Hook, Pugwash and Beaky for starters).

“The Captain was born to be an entertainer, perhaps even a prophet…watching his show is a life altering experience… heavy excesses mixed with hedonism, gluttonies and musical debauchery. Think Monty Python meets Queen’s Bohemian Rhapsody” - The Huffington Post

Synthesis sees the Captain looking both fore and aft, comprising their three classic singles (including crowd favourite Mr Many Men) and five brand new tracks, the perfect opportunity to hop aboard for the first time or to take stock and prepare to set sail once more.