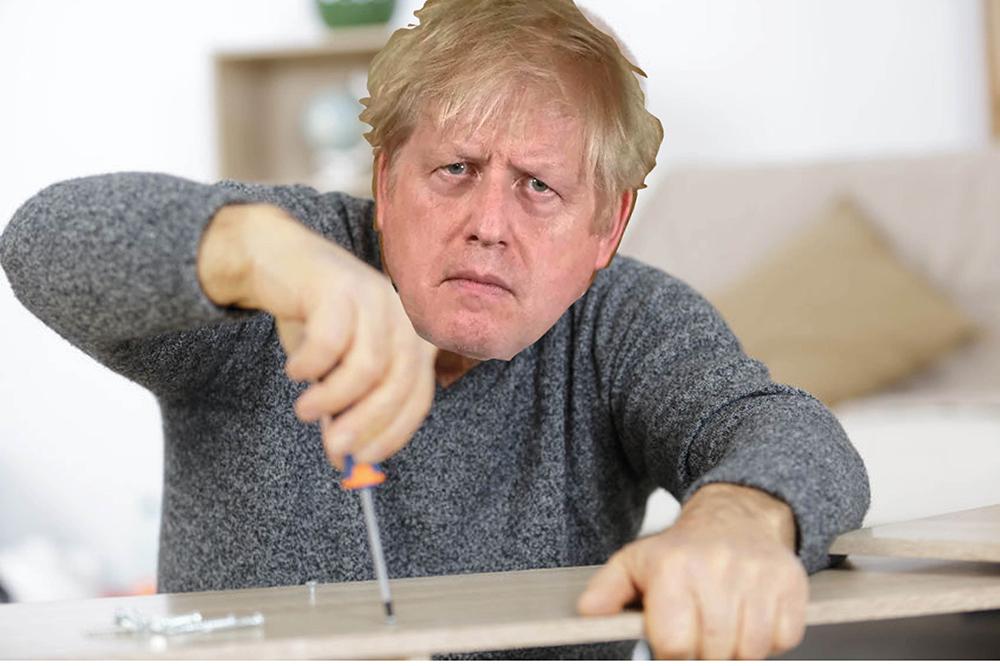 Senior civil servants, deeply concerned at the glaring lack of coherence around the Cabinet table, decided that a series of team-building exercises was in order.

They felt that having our most senior politicians assemble one of IKEA’s less complicated coffee tables would be a good start - something not completely simple yet not beyond the capacity of a reasonably useful person.

A mortified official, who spoke on condition of strict anonymity for fear of Dominic Cummings sending a plague of demons after his children, said: “I plan to emigrate, and I suggest everyone else does, too.

“It was like one of those old black and white newsreels of a chimps’ tea party at London Zoo.”

Prime Minister Boris Johnson, the official said, spent four hours inaccurately quoting random bits of Greek mythology while trying to work out which end of a screwdriver was supposed to be held in the hand.

The official added: “Chancellor Rishi Sunak was too busy dithering over whether he should have asked IKEA to accept only a third of the asking price, or perhaps two fifths or three elevenths, and get rid of a few thousand staff.

“Home Secretary Priti Patel kept stealing pieces of the coffee table and locking them in a filing cabinet until she could be sure they were entitled to be in this country.

“Housing Secretary Robert Jenrick insisted that the pieces of the coffee table be loaded into a van, driven to the greenbelt and assembled in the middle of a pristine meadow instead of a room where other pieces of furniture had already been put together.

“Transport Secretary Grant Shapps did nothing at all, merely stood about looking a bit like comedy performer Robert Webb.

“Foreign Secretary Dominic Raab certainly did something or other, but somehow nobody could say exactly what.

“Health Secretary Matt Hancock divided the rest of the Cabinet into groups of six, four, three and several other numbers, and insisted at random points in the proceedings that people wore masks, took them off, put them back on again, took bits of the table home to work on them, brought them back, took them home  again, sprayed them with sanitiser, waved them out of the window and rubbed them down with an Iceberg Lettuce and a dead weasel.

“Michael Gove - I forget what made-up job title he has and frankly it doesn’t matter - just stood around holding one of the heavy table legs and edging toward the Prime Minister every time Mr Johnson turned his back.

“And the table ended up looking like a piece of abstract sculpture.