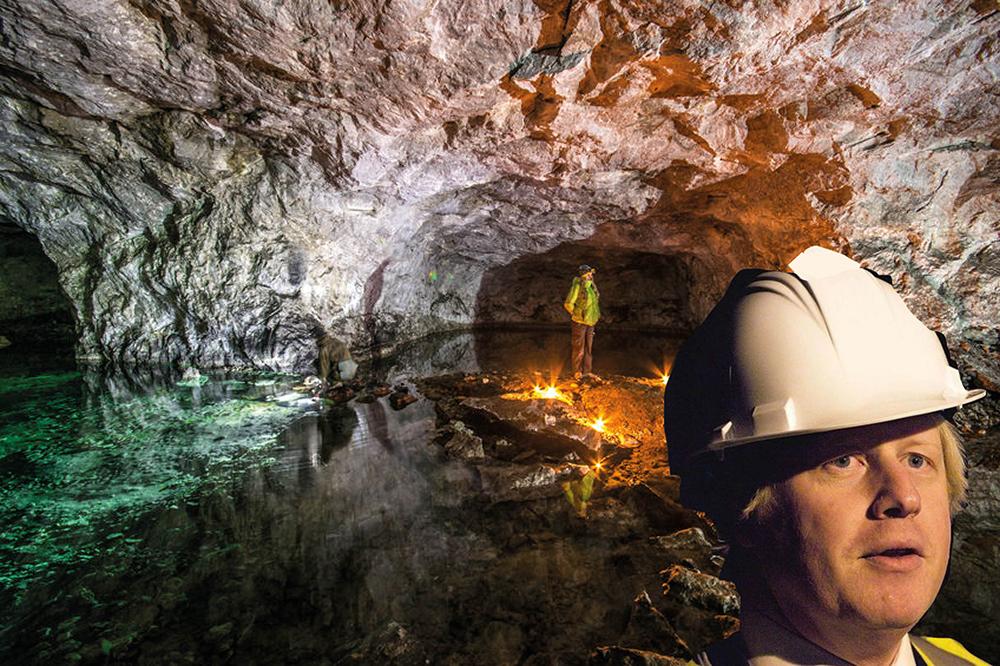 Carrying a spade, UK Prime Minister Boris Johnson was seen trying to dig further down than rock bottom yesterday by pressing ahead with his plans for a No Deal Brexit.

Accompanied by Dominic Cummings and Michael Gove, the former London Mayor was heard shouting: “If we dig far enough we might be able to reach the other side of the world and get an Australian style trade deal!”

This comes after the UK Government signalled to the EU that they were willing to break international law by ripping up a previously agreed deal putting them on course for a no deal Brexit.

Boris said: “The UK is already at rock bottom what with coronavirus devastating the economy so it won’t do us any more harm if we dig a little further by pursuing a no deal Brexit.

“We’ve found it hard going so far digging through the different sediments. Getting through rock bottom is hard though. I suggested that we bring some expert tunnellers with us but Gove just looked at me and told me he doesn’t believe in experts.

The crack team had already dug through the soft and hard Brexit sediments and are now going for the sweet spot of a No Deal Brexit believed to be the way through to the sunlit uplands.

Boris added: “At one point we seemed to reach the centre of the earth and found what can only be described as ‘hell’. It must have been hell as Satan rocked up looked at Gove and said: ‘Oh, hello again, Michael, I thought I said we were done’.

“Luckily we didn’t have Priti with us as she would have felt right at home what with all the Nazis milling about. The accidental finding of hell did prove fortuitous though as we managed to walk away with one hell of a trade deal and it only cost us a few million oppressed souls. I don’t know what we actually get in exchange but we can work out the details later.

“It’s not our fault that after that we must have carried on digging in the wrong direction and ended up coming out in the basement of a pizzeria in Washington. We quickly turned around at that point as you wouldn’t believe what absolutely shocking things we saw there. That was the last we saw of Dominic Cummings although he did say he would catch us up in a minute. But that was two days ago.”