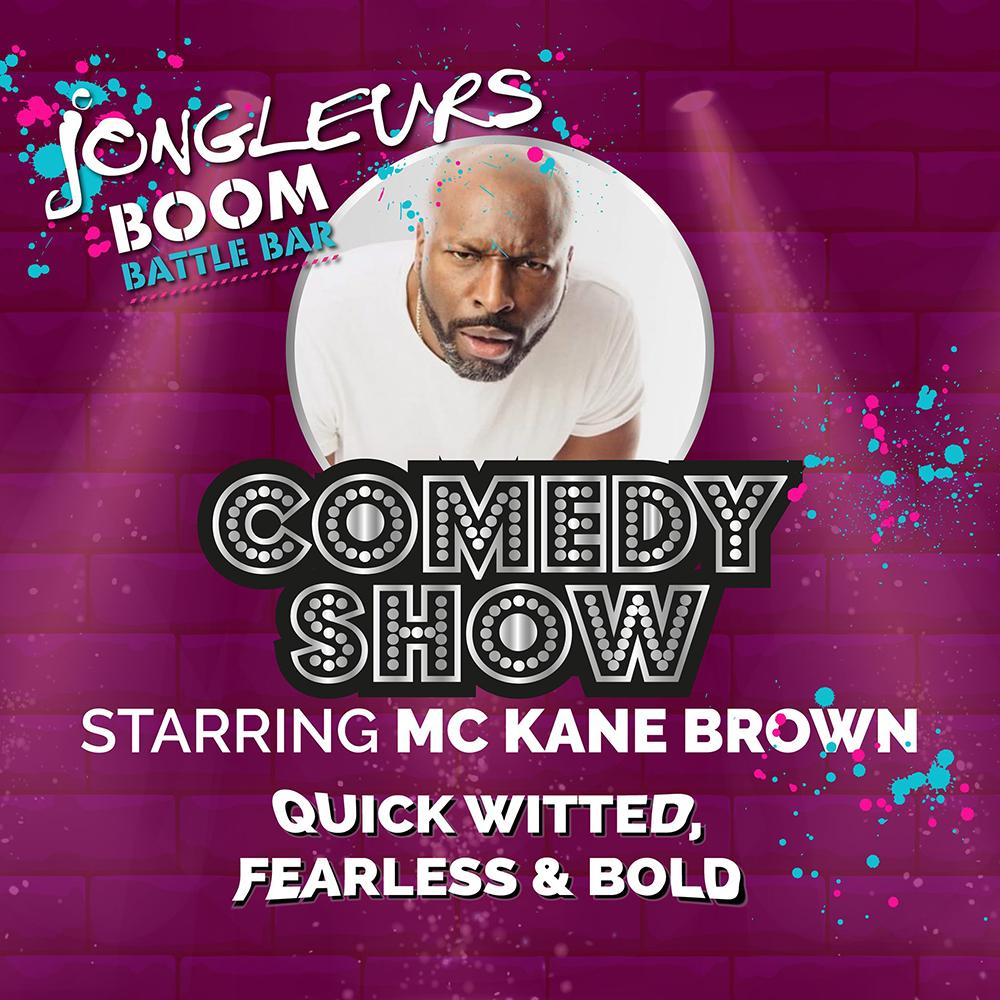 The newly opened Boom Battle Bar have announced that their Jongleurs Comedy nights will kick off this evening - Thursday 21 October.

A spokesperson for the event said: “Kane Brown is a name that has become associated with fearless and bold comedy. Honest and energetic this fast-paced comic owns any stage and will leave you breathless with laughter and the ladies a little weak at the knees.

“Mark Palmer’s ability to blend a theme or topic with one of today’s funniest comedy routines is unparalleled. His smart, sometimes loud and often opinionated brand of comedy has made him an audience favourite wherever he performs.

“Nick Page is a disgraced former Daytime TV presenter and convicted forger who revels in the kind of stories most people would want locked in the darkest cupboard. His unique rapid fire delivery will leave you wondering how anyone can get through so many words so quickly, and how he’s escaped justice, or at least retribution, for so long.

“Wrapping up the line-up is Runner-up in Britain’s Got Talent 2018, Robert goes from strength to strength, securing a dedicated following of fans and working his way well up the ladder of comedy.”

Jongleurs was acquired by comedian and entrepreneur Kev Orkian in 2019 and has been reimagined for 2021 with aims to bring audiences live top-quality comedy in an intimate setting with some of the best emerging talent on the comedy scene.

Kev said: “In our first year back on the comedy scene we’re delighted to be bringing Jongleurs to such a fantastic venue - Those of you that remember Jongleurs Comedy Clubs can expect a refreshing change as we as we move Jongleurs forward for a new generation of Comedy lovers.

“Our audiences will enjoy our reinvigorated commitment to delivering the most innovative, funny and original Comedians the industry has to offer. We aim to provide more opportunities for up-coming Comics and create more diverse line ups. Our current top- quality acts promise to be the next big names in comedy so make sure you catch them while you can!”

Tickets are on sale now at https://www.skiddle.com/whats-on/Swindon/Boom-Battle-Bar/Jongleurs-Comedy-Night/35912063/