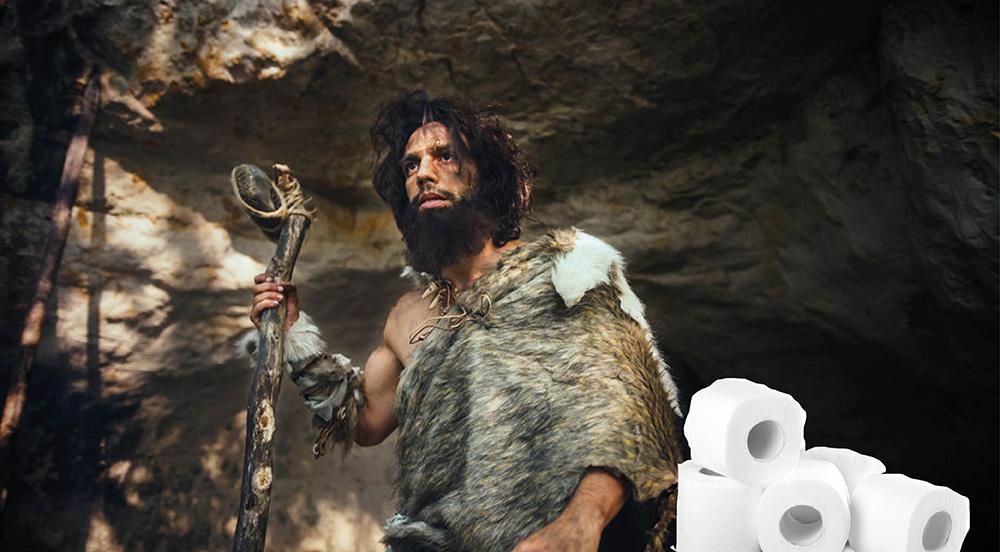 This comes after supermarkets reported a sales increase of toilet paper of more than 20% in light of the UK heading into a second wave of the coronavirus pandemic.

Professor Alfred Einstein, no relation, of Durham University said: “We believe that we are seeing the first signs of a proportion of the population de-evolving back into a caveman state. We have even coined the term ‘homo latrinarium’ to describe this de-evolution.

“It is as if this new type of humanity has lost all of their critical thinking faculties as why on earth are they panic buying bog roll? I mean, yes, we are facing a traumatic event with this pandemic that is affecting all of humanity but why panic about something to wipe your arse?

“The only solution that my team of scientists have been able to come up with is that these people must be incredibly incredibly stupid. They’ve probably watched Walking Dead a few too many times and have imagined that we’re facing some kind of post-apocalyptic world where people fight to the death over a tin of tomatoes. But even that doesn’t make any sense, as you would stockpile weapons, medicine or food not something to wipe your fetid anus with. If bog roll ran out it literally grows on trees! It would never ever be a priority. So who are these people? If there was a post-apocalyptic world, they would be fucked. They’d have clean bums, but they would be fucked.

“Our only rational conclusion is that these people have no brains whatsoever and are in fact one of the first signs that a proportion of humanity are actually de-evolving back into our cave-living stage of millions of years ago.

“I suppose that there have been other signs - the Masked Singer, Trump, and dabbing but this is the first conclusive proof of humanity heading to the toilet of pre-history.”

Drunk coronavirus kicks off at 9.59pm as landlord tries to kick him out