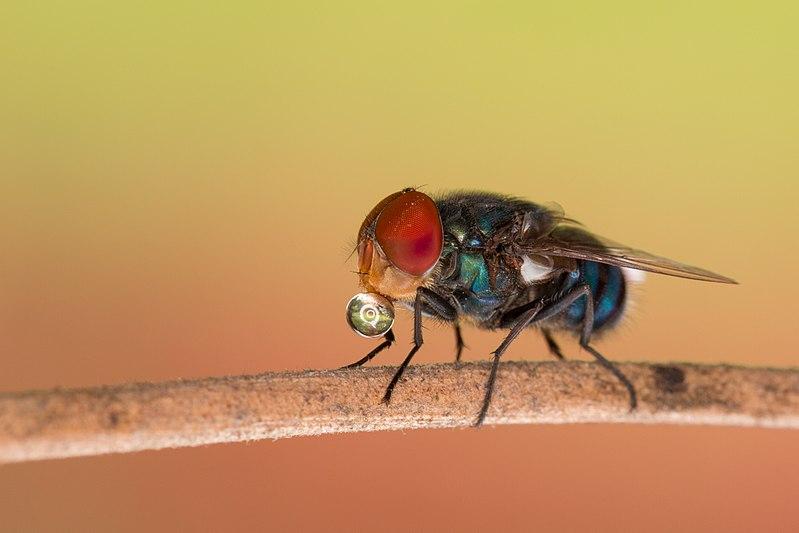 A ‘one dog jobbie per household’ rule is causing consternation among the nation’s bluebottles.

In a bid to slow the spread of coronavirus, Health Secretary Matt Hancock has ordered that no more than six bluebottles, all from one household, must congregate on any given dog turd, whether indoors or outside.

Although many bluebottles acknowledge the need for such caution, some worry about the wider implications.

Spokesbluebottle Mr Horatio ‘Buzz’ Winstanley said: “I’m the first to put my front legs up and admit that we bluebottles are well-known carriers and spreaders of all manner of horrible diseases, but we wonder whether the Government has thought this through properly.

“Have they considered, for example, that because of the advent of pooper-scoopers, dog bins and a firm sense of moral responsibility among dog owners, there are far fewer great big steaming heaps of reprocessed Pedigree Chum, Winalot and so on to go around?

“There was a time when nobody gave a damn and we were spoiled for choice on any pavement and in any park.

“There would be huge ones, tiny ones, curly ones, straight ones, those bright yellow liquid ones that people sometimes mistake for dropped chip shop curry sauce - you could take your pick.

“I can remember a time when you didn’t have to reserve a table on a white one - you could just turn up on spec. It was so great that if you tell a maggot about it these days they won’t believe you - and who could blame them?”

Mr Winstanley also worries that the wording of the new rules is not clear enough.

“Just what actually counts as a single one? Supposed a dog is disturbed while doing its business, crimps one prematurely and then finishes off a few yards away? Does that count as one or two?

“We also wonder how the new rules are going to be enforced. How are the irresponsible minority of bluebottles going to be prevented from simply doing as they please and bringing disgrace and danger on the rest of us?”

In spite of such concerns, Mr Winstanley stressed that his species was broadly understanding of the need for such policies at this time of grave national crisis.

“It makes at least as much sense as just about anything else they’ve done so far,” he added, “and I’m sure it’ll be at least as effective.”