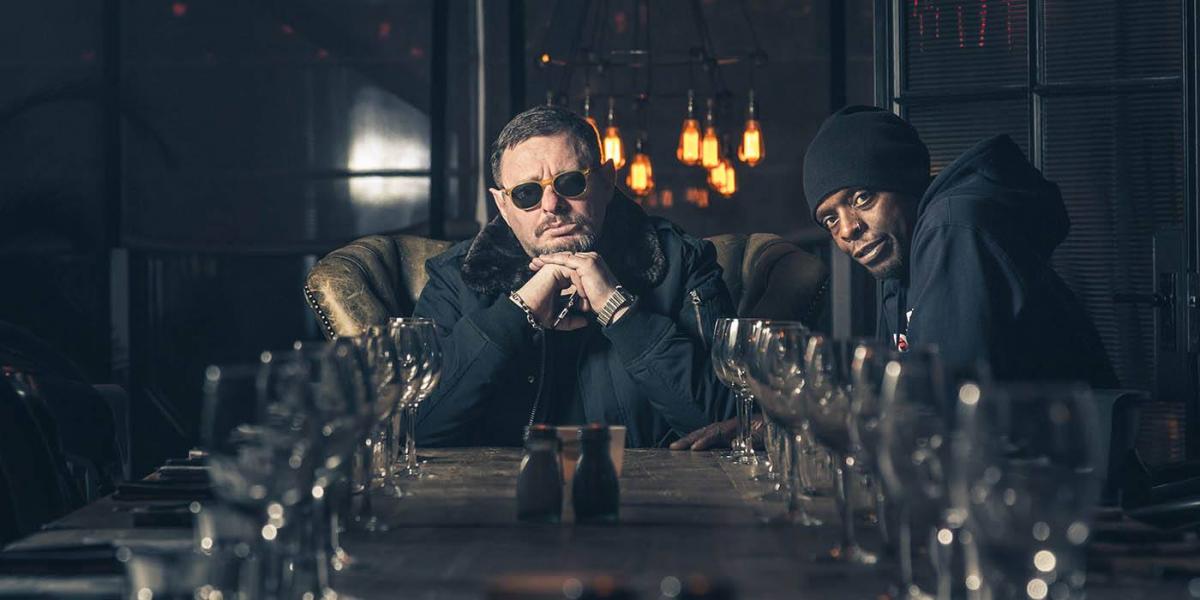 Sound Knowledge record shop in Hughendon Yard is thrilled to announce that Shaun Ryder and Kermit from the Platinum-selling Black Grape will be coming on Thursday 3 August to sign copies of their brand new album ‘Pop Voodoo’.

Produced by Killing Joke’s Youth (gleefully described by Shaun Ryder as ‘a hitmaker’), ‘Pop Voodoo’ is the first new material from the group since 1997’s ‘Stupid, Stupid, Stupid’, itself the follow-up to their all-conquering, ironically-titled debut ‘It’s Great When You’re Straight… Yeah’ which proved to be an unlikely fairytale comeback when it stormed to Number One three years on from the messy dissolution of Ryder’s previous band the Happy Mondays.

There’s no shortage of targets for Ryder’s inimitable social and political commentary- as Trainspotting author and Black Grape aficionado Irvine Welsh puts it “the world’s in a bit of a state right now” but Salford’s finest is up to the task, Welsh continues “Shaun’s word play has never been deployed to such devastating effect” as on ‘Pop Voodoo’. Ryder’s offbeat lyrical wit has a perfect foil in Kermit and the former Ruthless Rap Assassin describes the record as “Shaun and me eyeball to eyeball”.

The signing will start at 6.30pm sharp. If you’d like to meet Shaun and Kermit you’ll need to pick up a copy of ‘Pop Voodoo’ from the record shop on the night. Let them know to expect you by clicking ‘going’ on their Facebook event page for the evening or contacting them in-store or by phone on 01672 511106.

An Audience with Katie Price: On sale today

Art of Joyce Murgatroyd to be on display