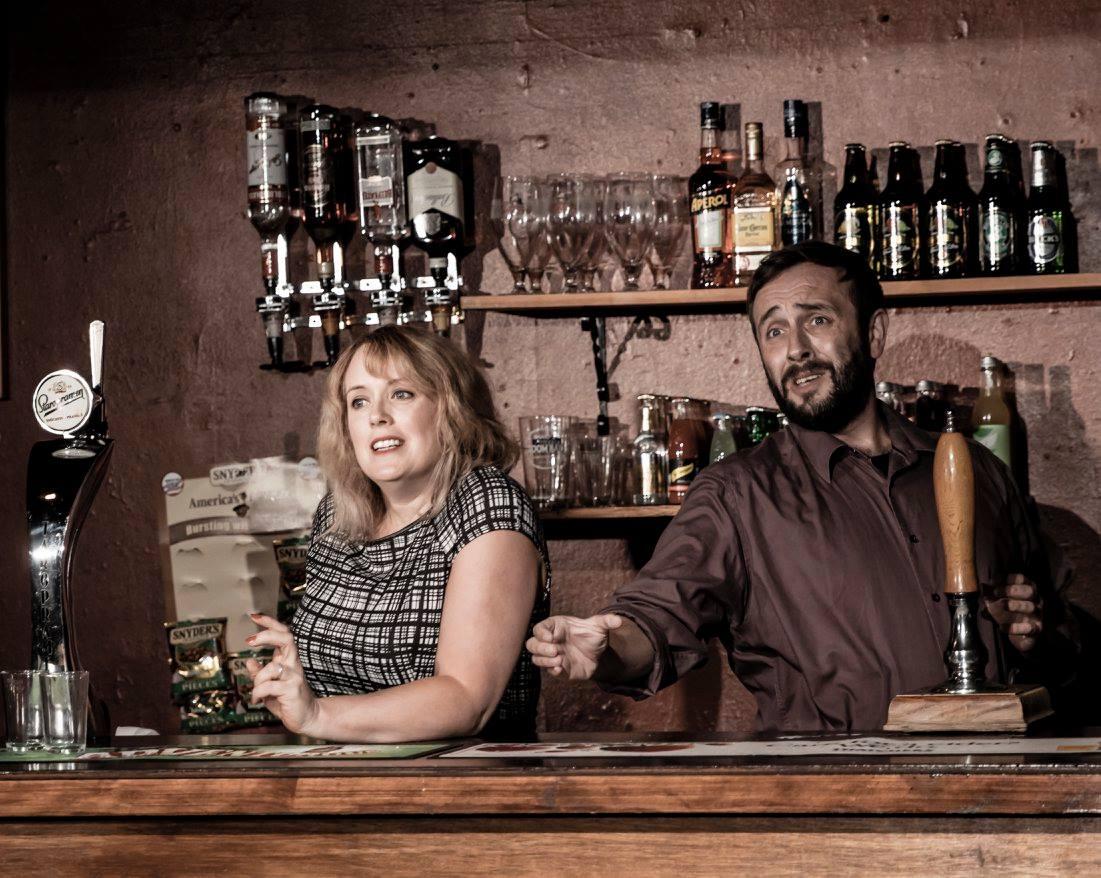 Director and part of the two-strong cast of Schoolhouse Productions’ latest venture, Jim Cartwright’s Two, Anna Friend is the final stages of rehearsals before she takes to the stage on Sun 28 May at the Arts Centre.

In August, the play will be transferring to the famous Edinburgh Fringe Festival.

The play follows the high and lows of pub life and all those that ‘ale in her’. From the beleaguered publicans to the encumbered Fred and Alice, actors Steve Cowley and Anna Friend will bring all these characters to life in Jim Cartwright’s fast and fantastic piece of writing. Full of laughter and tears, Two is a rollercoaster of a play.

With the production next going to the Edinburgh Fringe Festival, this is an exciting time for the company and the perfect opportunity to see them bring this unique play to life in a local venue.

Director and performer Anna Friend said: “This has been a really fantastic play to create with experienced performer Steve Cowley. Both he and I have worked on the show before but this particular production has been huge fun to put together. I love so many of the characters and Cartwright’s writing is a dream to direct. I’m really looking forward to bringing this to my home crowd at a venue that I love.”

Anna is an experienced and critically acclaimed Theatre Director within the local arts scene and directed the hugely successful Wroughton Passion Play in 2016. She is currently Artistic Director of Gatecrash Theatre and Quirky Bird Theatre as well Resident Director at The Alma Tavern and has won Best Director at the Harold Jolliffe One Act Play Festival two years in a row. Anna’s next acting job is with Bristol Old Vic Theatre School starring in a radio play called ‘Degrees of Separation’.

‘Two’ is at Swindon Arts Centre on Sun 28 May. For more information and to book tickets, visit swindontheatres.co.uk or call Ticket Office on 01793 524481.

Want a few daredevil thrills this summer? How about heading to Flywheel!

The Gig Monkey Review - Ghosts in the Photographs