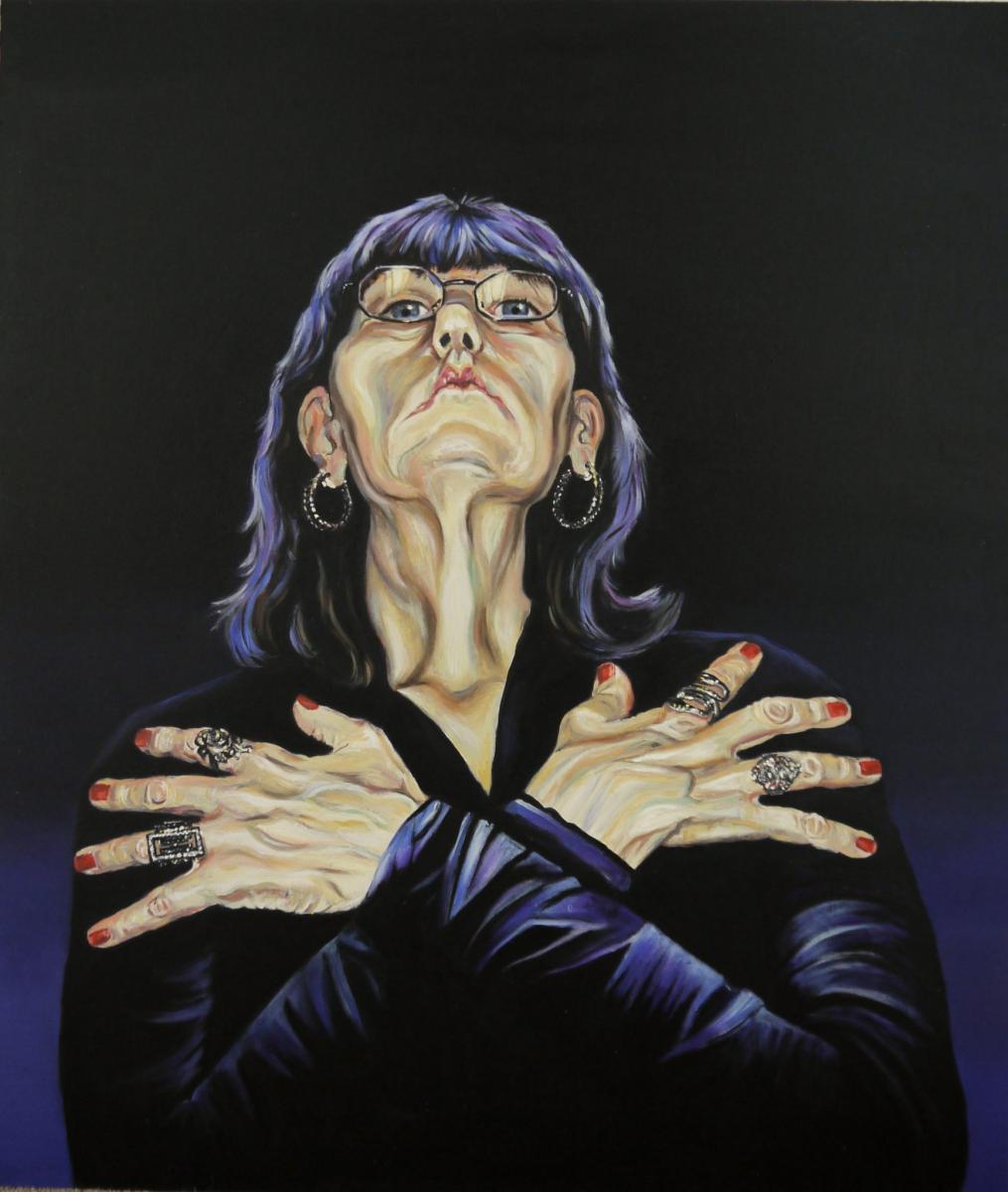 The exhibition comprises of 39 moving and inspirational portraits painted by Susan, yet designed collaboratively with people living with life threatening and chronic illnesses, who directed how they wished to appear in the portraits.  This work was created as part of Susan’s PhD at Loughborough University (2008-2015) developing and researching Portrait Therapy as a new inclusive intervention, for people who experience severe illness and disability as a disruption to their sense of self-identity.

Susan has always been interested in portraits because they portray that which we all have a vested interest in - people, and portraits have the capacity to show, not just the outer reality but also the inner landscape or subjectivity of a person.  As a child and teenager growing up in Gibraltar, Susan spent many hours teaching herself to paint and draw, knowing even then that art would play a key role in her life’s work. 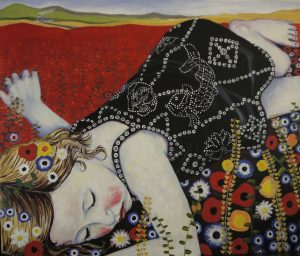 Susan says: “I began my career with a BA (Hons.) in Design/Illustration from Swindon School of Art in the late 1990s and became interested in the use of art as therapy when working as an artist-in-residence at a secondary school in Swindon. Finding myself more often than not, working with troubled teenagers in the exclusion unit, it was a natural progression to continue my education with an MA in art therapy from the University of Hertfordshire in 2005. Following on from this I worked as an art therapist at the Prospect Hospice in Swindon for 12 years.  It was through my work at the hospice that I became aware of how people living with a life threatening or chronic illness, often describe the impact of their diagnosis, treatment and illness as having changed their sense of self-identity beyond all recognition. This disruption is characterised by statements such as: ‘I don’t know who I am anymore’ and ‘I’m not the person I used to be’. The results from my research are very promising, and demonstrate the power of portraiture as an intersubjective way of knowing, being and relating.  Portrait therapy also enables people to develop a stronger, more coherent sense of self-identity, effecting closure to difficult life experiences, and improving their overall quality of life”. 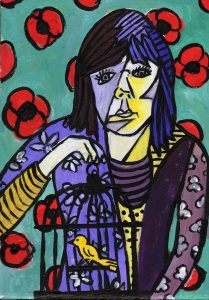 Susan’s artwork has previously been selected and hung in the Royal West of England Academy of Art open exhibitions, The Pintar Rapido Competition, The Buxton Spa Prize and, the Norfolk plein air painting competition - A Brush with the Broads.  Susan continues with her writing and research projects, as well as painting portrait commissions and working in private practice as an art and portrait therapist.  Susan has written a book entitled Portrait Therapy which will be published on 21st September 2017 by Jessica Kingsley, and is available on Amazon to pre-order.

Susan says: “Despite being aware of the power of portraiture, I was surprised by the intensity of the clients’ responses to their completed portraits, often becoming emotional, saying how much they loved them, with some asking for small photographic copies to keep with them at all times. Portrait therapy can be very helpful for people experiencing a significant disruption to self-identity, such as in all types of trauma, including e.g. loss and bereavement, combat stress, depression, as well as life threatening and chronic illnesses. 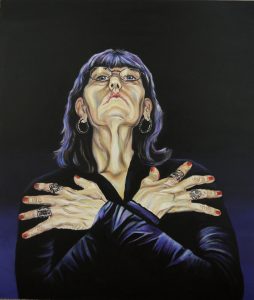 Within Susan’s exhibition at Swindon Museum and Art Gallery there will be opportunities for children and the ‘young-at-heart’ to have-a-go at self-portraiture themselves, with a ‘portrait art station’ available to create your own ‘selfie’ drawing.  These can then join a special ‘wall of portraiture’ within the art gallery.  Susan will also be giving free lunchtime tours of the exhibition, an evening lecture and a portrait workshop for children and their Grandparents, as well as a workshop for people living with life threatening and chronic illnesses.  For more information please visit swindonmuseumandartgallery.org.uk

As well as being a pioneer researcher Susan is also an associate editor for The International Journal of Art Therapy, and has presented papers at conferences throughout the UK, and published articles in academic journals.  Keeping a balance between her painting, writing and research projects is difficult, especially as Susan has also become an avid painter en plein air (from life outdoors), and has been a leading figure in the Swindon art scene since the early 1990s, as an active member of the committee for both Swindon Artist Society between 1992-1996 and also for Swindon Open Studios since 2015.

Susan says: “Swindon Open Studios is such a fantastic event for the community of Swindon, showcasing the tremendous artistic talent residing in the town, with local artists opening up their studios to the general public on the weekends of 9/10th and 16/17th September 2017.  Brochures are available from Swindon Central Library, the Arts Centre and the information centre”.

Susan will be at the Swindon Museum and Art Gallery for the first Open Studio weekend (9 – 10 September 2017), you can visit between 10.00 am – 5.00 pm to see her demonstration of portrait painting.  For further information about Portrait Therapy or to commission a portrait, visit Susan’s website portraittherapy.co.uk

When the Rain Stops Falling coming to the Shoebox Theatre