An insight into life as an identical twin 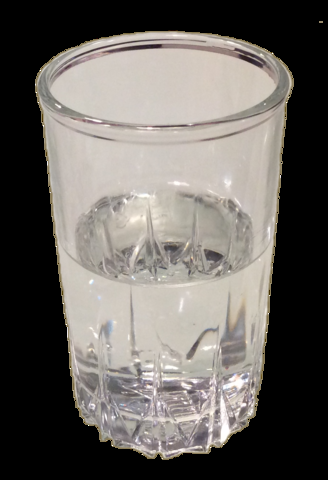 Imagine you’re asleep. You’re having a calm, tranquil dream, only to be awakened by an abrupt, cold voice coming from the other side of your room.

In a disorientated state, and still half asleep, you turn and look. It’s your brother, standing in the door way with a concerned look. He explains:” You’ve woken up too late, you’ll be late for work experience!”

Distressed, you turn and look at your alarm clock and realise that he was lying. You still have an hour before you need to get up, but it’s too late. You know that he’s just won the first of many battles that day, he’s just mugged you off.

Defeated, you turn back to look at him, seeing his smirking expression. 2 things came out of his smug mouth: “1-nil”. That was my first morning before Work Experience here at The Ocelot.

After being told that I would be writing an original article for the magazine, it got me thinking. Writing an article about my life as an identical twin would be interesting. We don’t lead crazy lives but it sure would be different from others. Inspired by my own life (sounds a bit weird considering I haven’t done anything significant), I have decided to give an insight into what it’s like to be an identical twin.

Being an identical twin is a unique experience, no doubt about it. You stand out from others as you’re known as a duo, who needs an individual identity anyway?

This is just one part of being me, there is a large combination of positives and negatives that I encounter daily. Growing up, my brother and I as you would expect, looked exactly the same.

As a result, there was constant confusion with everyone getting us mixed up. When I say everyone, I mean everyone! Its bad enough having teachers or friends call you the wrong name, but when your own parents get you mixed up, you can see how it easily becomes annoying. Imagine how much worse it could have been if my parents put us in matching outfits, thank god they didn’t.

However, its still got to the point now where I’ll answer to both names as its just easier than having to correct someone every 5 minutes. Despite this, there is a benefit to being identical as we did and still do, pretend to be each other, especially when on the phone as nobody can tell the difference between our voices. Its only when our different personality traits are noticed that they can then work out who’s really on the phone. I guess in a way, everyone’s revenge is all the identical twin jokes.

Spot the difference and “Can you read each others minds?” still obviously haven’t got old yet after hearing them a million times… You get so tired of hearing them your response just becomes second nature. Although the above may sound a bit negative and tedious, I don’t think that I’d have it any other way. This is because I’ve always got my twin. Even though the expression, ‘You can’t polish a turd’ springs to mind when I think of him, because he’s annoying, sarcastic and a hypocrite, I wouldn’t want him to be any different. Yes he takes it too far, all of the time, but it’s his humour which makes him great to be around.

A definite perk of being identical twins is that we have this same dirty, immature sense of humour so meal times and in general, are never dull. We may be 17 nearly 18 but we’ll still laugh at innuendos. It’s all the quick, witty comments, filled with cynicism and sarcasm that he passes that make me laugh. He’s basically the physical emobidment of pessimism.

Interestingly, unlike other identical twins, my brother and I are completely different, personality wise. Whilst he is more introverted and quiet, I am definitely more sociable and upbeat.

Accompanied with his resting bitch face, my brother has been known as the ‘evil twin’, something I wholeheartedly agree with. With extremely different personalities, it is inevitable that we clash. Let’s be honest, we always do but we always make up quickly as there’ll be something we’ll want to tell each other, most likely something rude. Another aspect of being an identical twin is the fierce sibling rivalry. When we were younger, everything was a competition. Regardless of what it was, if you didn’t win at whatever you were doing, you were the inferior twin and had your reputation tarnished until the next competition came round.

This rivalry has continued throughout growing up and we still have it today but it’s nowhere near as broad. It’s mainly now just about education. My brother Lewis is a bit territorial over this because when we were younger, he was always known as the ‘smart twin’.

This label was crap because I was just as smart as him but didn’t get as much recognition. I’m not bitter about it, not at all… Anyway, trying to get the best grades is now a competition between us and it will only get worse next year when we finish our A-levels as he will no doubt be wanting to compare and brag about his results. Despite the being rivals; we are still extremely close.

This is one thing that distinguishes twins, and especially Identical Twins, from others as we have that twin bond. Lewis would never dare admit that I’m his best friend but we are that close and subsequently we’re not very independent.

For sure, we have different interests and like to do different things, but if there’s something that could be done together, we’d prefer to do it that way. Going to different Universities should be interesting then shouldn’t it?

A Bruges cruise to remember

Mail the Force be with you! - these are the stamps you are looking for...