Amsterdam: a city to delight the senses 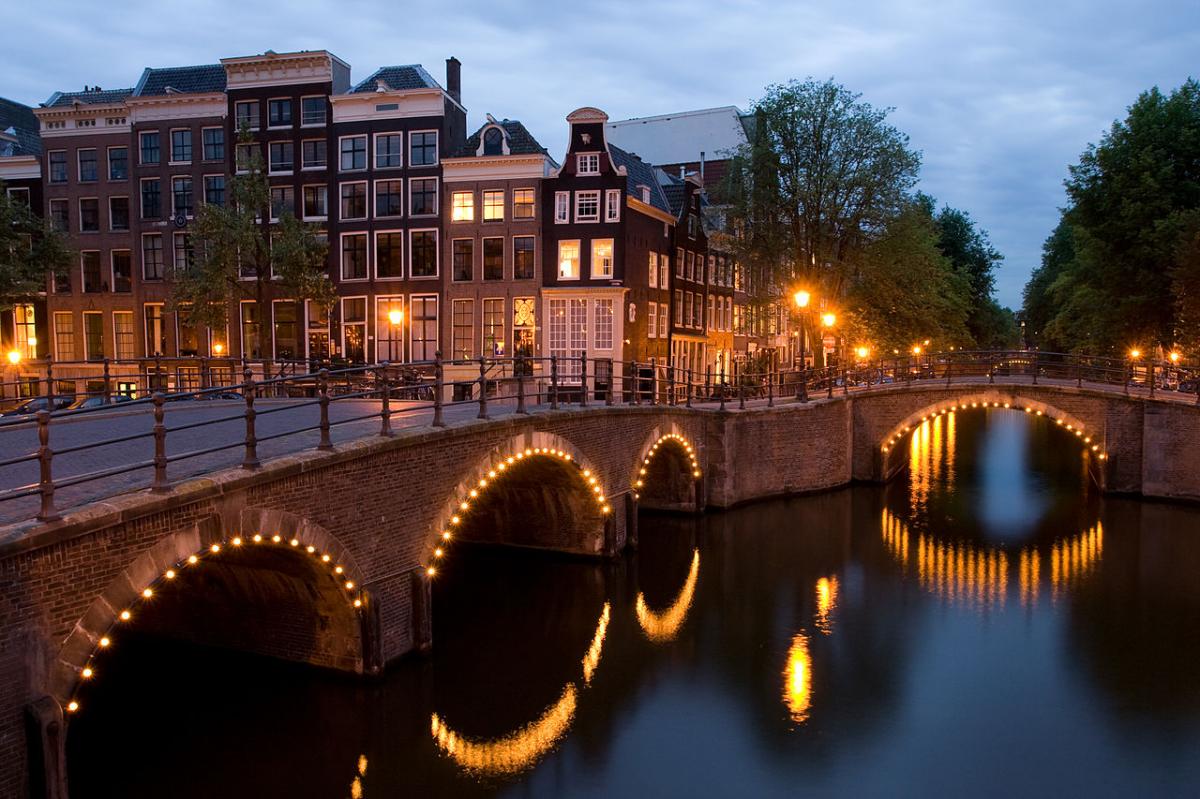 When you have a day to kill in Amsterdam - ahead of taking part in the city’s iconic marathon - the only problem is what to leave out.

Getting around the city is a joy. If you’re a fan of multiple modes of transport, then this is the city for you. Boats, buses, bikes, cars, trams, underground trains, overground double decker trains, and pedestrians all mesh seamlessly like one big groovy set of gears.

But let’s talk about the bikes, because the ‘dammers do bicycles with a style and flair that is the envy of the world. Cycle helmets are out, as is any sense of timid health and safety. You will witness people of all ages hitching a ride on a single bicycle propelled by a pal - ripping along the dedicated lanes with careless abandon; a bouquet of flowers tucked under the pit of the steering arm while the free hand sends a text message to arrange a meet up at the Vondelpark, or perhaps the sex museum… Whatever.

Such casual affinity with cycling might stem from the fact that in Amsterdam, children seem to grow up on bikes - being carted around in plywood boxes attached to the front of cycles, before they can even form whatever the Dutch is for ‘We’re going to fall into a canal!’. (since you ask, it’s ‘we gaan in een kanaal vallen!’). The other nice thing is that almost every Dutch bike is a knackered looking ‘sit up and beg’ style job - I think if you showed up in Lycra with a carbon fibre cycle, you would quite rightfully have an Edam bounced off your bonce.

If you’re thinking of spending a city break in Amsterdam, seriously consider buying an iamsterdam card - offering cut price access to more than 70 museums and attractions as well as unlimited access to the aforementioned public transport network. Prices vary from 60 euros for a 24 hour card to 115 euros for 120 hours. We flew in from Bristol to Schiphol airport on the Friday evening, with a flight time of a shade under an hour, arguably easier and cheaper than getting to your actual London.

There are any number of accommodation options available, depending on how much you are willing to shell out - from decent backpacker hostels to high end hotels.

We booked in at the Novotel, handily just around the corner from the airport. (a reasonable 80 euros a night). And happily, perhaps because the receptionist was impressed at my charmingly mangled use of attempted Dutch ‘Danke Veel’ (many thanks) we got upgraded to an executive room - all right angles and primary colours, in a nod to the pre-war De Stijl design movement. The following morning, feeling invigorated and slightly nerve-jangled at the prospect of the following day’s impending 26.2 miles of exertion, we flashed our iamsterdam card and leaped aboard a tram which barreled us into town at a rate of knots.

After picking up our race numbers and taking in the marathon expo at the amazing art deco stadium - constructed for the 1928 Summer Olympics by architect Jan WIls, it was time to turn our attention to fuelling ourselves for the race ahead.

If you visit Amsterdam and fancy a treat, book a slot at the Senses restaurant, in the heart of the city, near Rembrandtplein.

From the outside, the decor does little to set it apart from the many restaurants that line the Vijzelstraaat. It is a culinary playground where Chef Lars Bertelsen and his team set out to create unconventional food art designed to confound the senses with their weekly alternating tasting menu.

As each artfully created new dish arrived, our waiter explained the course to us and offered a carefully chosen wine to complement it.

Basil ice cream, a tiny course of curry nestled within an egg, a miniature baguette made from meringue, a melt-in-the-mouth peach bellini were just some of the amazing creations that we were presented with. Absolutely stunning and confounding cookery from a chef at the top of his game.

Yes, it’s quite pricey (63 euros for a five course tasting menu) but you could argue it’s an experience that will live in the memory far longer than three visits to a regular curry house.

Fully fuelled and rested, we retired to the hotel ready for the marathon the following day.

Runners are drawn from all over the globe to take part in the Amsterdam Marathon - first hosted in 1928 for the Olympics.

The well organised event starts and finishes in the inspiring Olympic Stadium, taking participants on a blissfully flat route past the Rijksmuseum, along the River Amstel and through the Vondelpark. It’s a great route with a good mix of urban and rural landscapes to take your mind off the pain. From a runner’s perspective, the event was well served with drinks and refreshment stations every 5k along the route.

Enthusiastic crowd support from the lovely Dutch people helped as strangers urged me around the route. It’s my new favourite city.

OPINION: Sorting the snakes from the free press – “We’ve just sat through an election where propaganda was used with abandon”

Cheer with the Rest at The Loudest Sporting Events