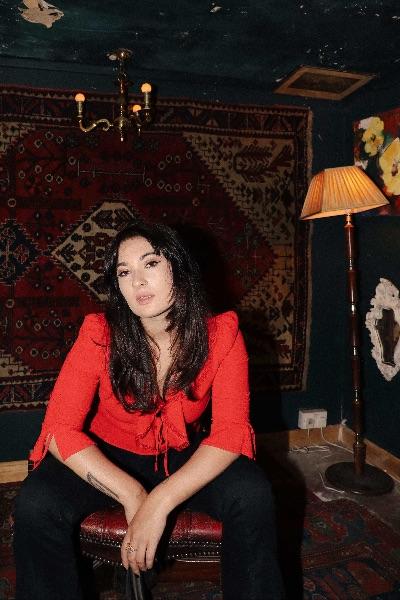 Alt-pop’s rising star Oz has shared her second track ‘Murder’ from her upcoming EP. A provocative title for a larger-than-life force of personality, this song heavily contrasts to the headstrong ‘Money’, with the new single taking a reflective approach to an uncompromising snapshot from her past. It tackles a relationship which was characterised by an uncomfortable imbalance of power. He was a little older and a lot cooler, but also an aggressive drunk.

“It’s a song about the moment it really hits you that someone’s trash and they’re bad for you,” says Oz. “But I learned a lot about myself from writing the song, because I got through it and I was tough.”

You can listen to the new track here.

‘Murder’ is released alongside a visual, which was made up from stock footage on the internet “to have the feel of a broken romance meets spaghetti western,” explains OZ.  This video can be seen by clicking here.

Both ‘Murder’ and ‘Money’ provide a tantatalising taste of Oz’s forthcoming debut EP. Set to be released on Truth Records, it’s an attitude-rich assertion of empowerment, truth and self-discovery that spans the darker extremes of modern alt-pop, throwback alt-rock and dynamic electronica.

Oz’s strong identity is born from an equally fascinating backstory. She was raised in Soho, then a wilder mix of the seedy and the bohemian rather than the post-gentrified blandness we see today. Her family ran a pizzeria favoured by those in the know: the actors, gangsters, drag queens and sex workers who gave the area its own unique identity.

Just like them, Oz soon had a story to tell. Her early demos resulted in her working with established writers and producers when she was just 15-years-old. She established herself as an in-demand songwriter before she forged her signature style during sessions with Biff Stannard (Ellie Goulding, Kylie, Spice Girls).

You can listen to Oz’s music on Spotify and on YouTube.