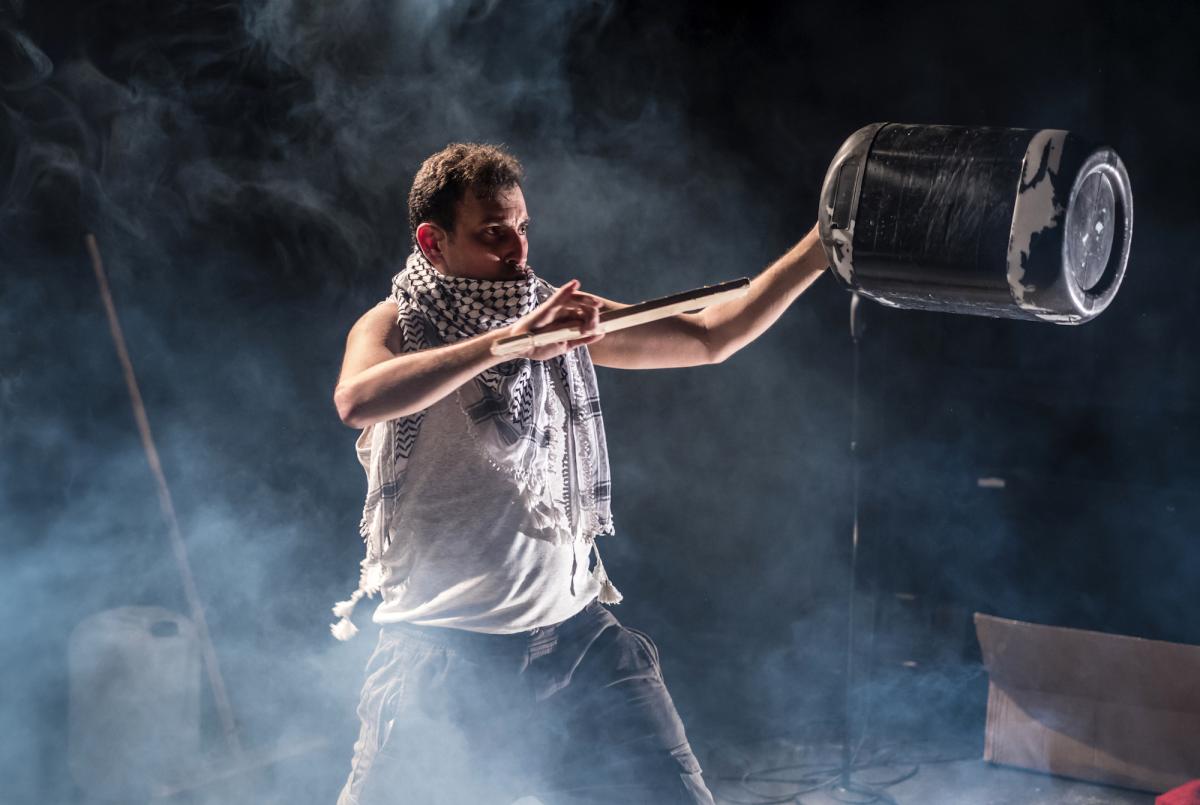 Following the earliest footsteps of life through a warzone, And Here I Am is a coming-of-age story that witnesses the comedic absurdities of growing up in one of the world’s most troubled conflict zones, which arrives at The North Wall on July 19.

A world away from headlines and news bulletins, And Here I Am charts the intimate truths of Ahmed Tobasi’s personal odyssey. From his birth in a Palestinian refugee camp; to unwittingly escaping invading soldiers by playing hide and seek; And Here I Am is a tale of everyday human experiences against a backdrop of inhumane circumstances.

Combining fact and fantasy, tragedy and comedy, spanning both the first and second Palestinian Intifadas, And Here I Am follows Tobasi through his transformation from armed resistance fighter to artist; his journey as a refugee in the West Bank to Norway, and then back again.

In a series of tragicomic episodes vividly brought to life by award winning writer Hassan Abdlrazzak, And Here I Am is directed by Zoe Lafferty, whose directing credits include Queens of Syria (Young Vic/New London Theatre/West Yorkshire Playhouse/Everyman, Liverpool).

Born in Jenin refugee camp during the first Intifada, Tobasi’s childhood was overshadowed by the Israeli occupation. After joining the armed resistance at the age of 17, Tobasi was shot during the ruthless invasion of his camp that saw friends and family murdered, and his home razed to the ground. After being arrested and incarcerated for four years in an Israeli desert prison, Tobasi eschewed pressure to return to armed resistance.

Instead he opted to continue fighting with art, leading him to political asylum in Norway whilst studying at the prestigious Nordic Black Theatre. In 2013 he returned to Jenin Refugee Camp, and to The Freedom Theatre, contributing to the local artistic movement which focused on using culture as a form of resistance.

Developing Artists is a registered charity working to support the arts in conflict nations and marginalised communities. The development of the project has been supported by The Shubbak Festival, Nordic Black Theatre, The British Council, Fritt Ord, The Freedom Theatre, Jenin Refugee Camp, Al Qattan Foundation and The Arab Fund For Arts and Culture.