A Brief History of Poker 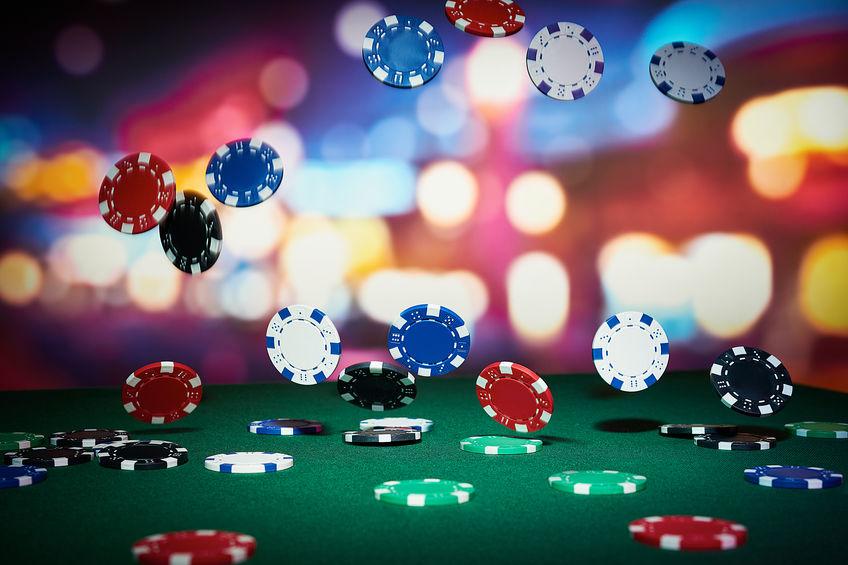 Whether you’re a seasoned gambler or someone who’s never placed a bet in their life, the chances are that you’ve at least got some concept of what the rules of poker are. From casino tables to online gambling sites to the kitchen table, poker is one of the most popular and enduring ways to not only gamble, but to while away a few hours and to test your mettle against a group of friends or strangers. But where did the game come from, and how did it reach the popularity it enjoys today?

There is a lot of discussion and debate about just how far back you can trace the beginnings of what became the poker we know and love. Of course, games of cards have been around for centuries and historians have drawn comparisons to several different early incarnations. One of the earliest links made has been to As Nas, a game from ancient Persia that can be dated back to the 16th Century, and if you really want to get technical and go all the way back, domino-esque card games can be linked to 10th Century China.

However, those links are a little tenuous and many of the key elements that go into making up the modern version can be found in games that found popularity in Europe, such as the Spanish primero (which originated in the 16th Century and included bluffing), the French game poque (which became a staple in the 17th Century), and the German game pochen. Variations on primero could also be found in Italy and Spain, and there’s the British game brag, but poker itself would really take shape in America.

While there is some debate about what the exact origins of poker are, historians agree that the first time poker was played as, well, poker, was in the Louisiana territory in the early 19th century. Following the Louisiana purchase, French settlers mingled with English speaking colonists and naturally needed some games of chance to pass the time. The anglicised word poker was settled on, almost certainly derived from poque, and new rules began to form, with each player taking five cards. An English actor named Joe Cowell is responsible for the first written record of poker in his 1829 memoir, and when it was written about again in 1834, the 52 card deck was now a staple.

How did poker spread through the rest of the United States so quickly? Well, New Orleans was a huge transport hub for the country, and as people passed through the city and up the Mississippi, they took the game with them. This is where we start to see many of the elements of the modern game be introduced, including the flush draw. When the American Civil War broke out in 1861, there were records of the game being played by soldiers in both the north and the south, and a whole string of new innovations were added. When the war was done, poker hit the saloons and became a firm staple.

By the 1870s, word came back from America about the card game that was sweeping the nation. In 1871, a man named Robert C. Schenck, the American minister to the United Kingdom, wrote down the rules of poker for Queen Victoria. His instructions were subsequently printed and circulated as a rule book as the game began to become popular in Europe, before really taking off with the arrival of American soldiers in World War I. If you want evidence of its popularity in the UK today, just have a look at this list of UK casino sites and you’ll see that poker is still in incredibly high demand. It’ll also help you find the best and most popular places to play online if you’re missing the casino floor during lockdown.

Back in the United States, innovations were coming thick and fast. Stud poker was reported on in 1864 coming out of cowboy country, and Texas Hold-‘em is generally cited as emerging around 1925. But poker wouldn’t reach the next stage of its evolution in America until the World Series of Poker came into being. With poker in casinos, it was inevitable that certain players would begin to take on legendary stature, and in the late 1960s gambling legend/career criminal Benny Binion decided to bring together the biggest names in the game for an event in Las Vegas. The first World Series of Poker was held in 1970 with just six players, and over time the event expanded to anyone who could stump up the $10,000 entry fee as new event strands were added. It was first televised in 1973, but in 2002, when the pocket cam (which allows the viewer to see the players’ cards) was introduced, televised poker really took off.

Although televised poker’s main innovation came in 2002, the game’s biggest leap into the new millennium actually came on 1 January 1998. This is when the first hand was dealt on the first online poker website, Planet Poker. Video poker had been around since earlier in the decade with Internet Relay Chat but Planet Poker was the first, and for a time the only, online poker site where you could bet real money. They were later overtaken by a site called Paradise Poker which offered gamblers more variety and better security, and subsequent sites like Ultimate-Bet, Party Poker and Poker Stars followed quickly in its wake.

In 2003, the then-unknown Chris Moneymaker won the World Series of Poker grand prize and showed online players everywhere that titans could be toppled. The incredible growth of online gambling took a knock in 2011 when America’s Department of Justice locked down the domains of three of the leading sites as part of a crackdown on gambling and money laundering. However, in 2013, PokerStars set a record for participants in one event. Online poker was a continuing worldwide phenomenon, and it’s not slowed down since.

With COVID-19 massively restricting the ability of players to gamble in person, online play has only grown more popular in 2020 and it’s taken poker from the Louisiana riverboats all around the world. Even when we can’t look the other players in the eye, there’s something special about the game of poker that has kept it at the forefront of each technological innovation and made it the game of choice through times of great progress and great turmoil. Now, who feels like a game?

5 Tips to Convince your Customers to Review your Online Products

Does the Cheltenham Festival Offer the Greatest Entertainment for Sports Fans?